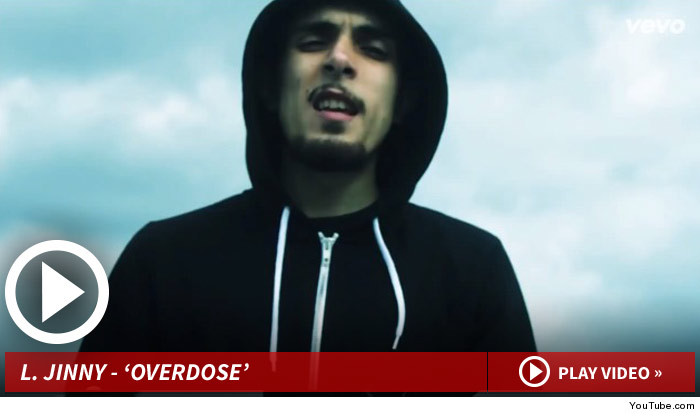 One of the men suspected of beheading American journalist James Foley was once an aspiring rapper.

Abdel-Majed Abdel Bary — a 24-year old who reportedly left home last year to fight in Syria’s civil war — used to go by the name L. Jinny … and even had some of his music played on BBC Radio.

Bary tweeted a picture of himself holding a severed head earlier this month … and the Telegraph says he’s a suspect in Foley’s execution.

According to reports … former ISIS hostages have given him the nickname “John the Beatle” — because of his British accent.

“John” is described by The Telegraph as an intelligent and well-educated man who is “highly committed” to ISIS.

Sources told the newspaper that “John” and his fellow hostage guards have been named “The Beatles,” in reference to the popular English pop band.

British Prime Minister David Cameron, who broke off his holiday after the video’s release, said it was “increasingly likely” that the ISIS militants who appeared in the video are British, but added that UK police is still trying to identify the killer, the BBC reported.

A former ISIS hostage who been guarded by “John” suggested that Foley’s executioner is one of three British militants purportedly responsible for guarding foreign hostages in the northern Syrian city of Raqqa, a stronghold for the Islamic State of Iraq and Syria (ISIS) militant group.

According to the newspaper, “John” was allegedly the main negotiator earlier this year in mediations that led to the release of 11 foreign hostages that were then handed to the Turkish authorities and dispatched to their respective countries, reported the newspaper.

Obama Declines #ALSIceBucketChallenge Thrown At Him