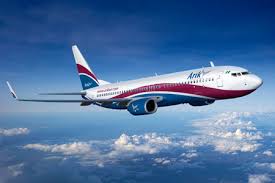 When Nigeria’s leading airline, Arik Air commenced operations on October 30, 2006, citizens, likewise foreigners heaved a sigh of relief. It was the final arrival of the long-awaited large bird-like machines; fresh wine in a new glass though on an old platter. Having endured average (in some cases below par) services of existing airlines at the time, not a few travellers wasted no time in telling them to make way, as ‘the virgin-bride is here’.

Currently flying to 18 domestic destinations, 11 regional and international destinations and with fleet size of 26, Arik Air is undoubtedly the Nigeria’s number one. So huge is its strength, that it is the national carrier of West African country, Sierra Leone. In fact, there was a period, analysts, industry experts as well as a number of nationals rooted for it to become the nation’s official flag carrier after Air Nigeria (June 2010 – September 2012) bankrolled by billionaire businessman, Jimoh Ibrahim, ceased operations.

But sadly, the company once regarded as the principal of local players in the sector seems to have lost the passion, vigor and professionalism with which it entered the market nearly a decade ago. That fire is no longer burning. Indeed, the goodwill and admiration for Arik Air has dropped drastically, albeit travellers still maintain some form of loyalty.

Without hiding tongue in cheek, many people who patronise Arik Air till date do so for three major reasons: 1) Arik Air parades relatively new airplanes compared to its competitors; 2) Arik Air offers a wide range of destinations, and 3) Arik Air has not been involved in any major accident since inception. Let’s face it, aside the listed, many would have ported long ago due to the poor services Arik renders these days.

In recent months, the company owned by Sir Johnson Arumemi-Ikhide, and administered by his son, Michael Arumemi-Ikhide, is in the habit of frustrating its customers, whose only mistake was that they chose to fly on ‘The Wings of Africa’. It’s either the cooling system in Arik Air is not functioning or a 5pm flight takes off at 9pm. And when Arik does not delay passengers on transit for hours, they are asked to pay (or contribute) additional fee for fuel! Any one shocked? Arik Air care less about your appointment; they don’t care to know if a 30-minute delay of that trip you are about to take will make or mar you, your family or business is a of life or death. Yet, the crew and staff ask you to call again.

(Un)believable is also the fact that aboard an airline that charges the highest rates around, four or more persons get to share a pack of N250 ($1.50; £1) juice! What kind of company does this anywhere in the world after swallowing N25,000 ($150; £100) per traveller, for an Economy seat in a 50-60-minute motion through the earth’s atmosphere.

To add insult on all these injuries, Nigeria has in place aviation parastatals that are, to put mildly, semi-redundant. They are blind and deaf; they do not see or hear of Arik Air inadequacies talk less mete out appropriate sanctions. The so-called technocrats who hold key positions in the sector’s regulatory agencies care more about the cooling system in the offices; the care more about being assigned new official cars; they care more about their girlfriends; they care more about alerts of salary they receive at the end of the month.

Few days before I penned this article, I read a report on wherein it was reported that no fewer than 200 Arik Airlines passengers heading to the New York, U.S.A were stranded for 12 over hours at the Murtala Muhammed International Airport (MMIA), Ikeja, Lagos.
The passengers, which included children and the elderly, were stranded over non-availability of aviation fuel JET A1 in the aircraft meant to them to their destination through Flight W3 107. Passengers were issued their boarding passes but were unable to board, while the airline’s attendants were unavailable for hours to address them on status of what was going on.

One said: “They checked us in, but nobody came out to tell us anything. An Arik official later came up this morning (hours later) to tell us that the aircraft that’s supposed to take us has no aviation fuel. The official said that the cost of buying the fuel is very high and that the airline cannot afford it; that we have to pay extra fee of 800 US dollars to enable us get an open ticket which would enable us fly in a future date if we are unable make this trip.”

Decrying the situation, another passenger was quoted as saying: “I will lose my job if I get to USA late. My stomach is aching because I have not eaten. They have kept us in the cold here since; this is inhumane.”

Personally, I know persons who have been in same circumstance, my boss inclusive. But shall we continue to keep quiet? In climes where people take advantage of legal option and where the judiciary is incorruptible, companies like Arik and the likes that short-change customers, who helped them attain the position they brag about today, would have been forced to pay billions of Naira as compensation/damages.

Placing corporate organisations and individuals on the list of sacred cows will only kill our prosperity. No country grows the way some things are done in Nigeria, but perhaps that divine intervention we so much believe in is responsible for our buoyancy. Even though we welcome and celebrate the overtake of South Africa as Africa’s biggest economy after a long-overdue rebasing of our gross domestic product, it won’t be long before we go back to the inferior spot, unless we ensure institutions put in place to check complaints and excesses in all sectors perform their obligations without fear or favour.

Article written by Wale Odunsi .. Wale can be reached through E-mail: wodunsi@yahoo.com and Twitter: @WaleOdunsi.. Culled from Saharareporters

Pius Adesanmi: A Race Through Race In Missouri