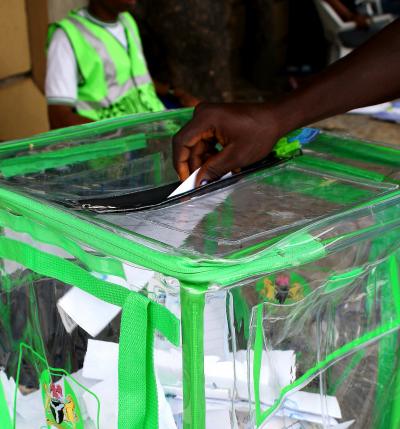 All over the world what makes insurgency distinct is that, it is ideology driven but in Nigeria it has become common knowledge even to a kindergarten child that the present spate of bombings, mass murder, kidnappings, etc are politically motivated with imputed spiritual connotation. Religion is only used as a tool to recruit the hungry Almajiris and children of the poor as vessels of destruction in order to carry out the political goal of a few. That is why the term Political Boko Haram is now commonly used to refer to activities of insurgents. What makes the insurgency in Nigeria different is that religion is only used to power the engine for the political actualization of the sponsors of this cartel called Boko Haram. The Boko Haram sect which started as a religious group was hijacked during the tenure of former governor Ali Modu Sheriff (SAS) to achieve his political ambition of securing a 2nd Term and was later dumped. Like all groups of growing influence, politicians at such times identify with them, make use of them to realize their ambition and later sideline them. This was the same fate faced by Boko Haram at that time. The group was said to have been armed by SAS and later dumped. Some elements within the group haven been armed felt they must seek greener pastures and later resulted into criminal activities like; robbery, kidnapping, etc to survive. Although no longer close to power, some of the leaders of the group still maintained constant touch with some key politicians in government in Borno but did not have unlimited access like they use to. They were barely struggling for survival when suddenly by some divine arrangement Goodluck Jonathan became Acting President then later President, and wanted to seek election after completing a two year period of his late boss President Yaradua. Northern political elites started to kick against the move saying it was their turn to rule as the mandate given to Yaradua was an eight year mandate. But Jonathan being an incumbent was challenged by these elements within his party the PDP and they began forming alliances. They called this alliance “Northern Elders Forum”. This forum unified all Northern Aspirants within the party to fight against their common enemy – Jonathan, but still lost at the PDP primaries. Before they lost, as the agitation was growing for Jonathan not to contest in 2011, around 2010, bombings and attacks by Boko Haram was on the increase and many analyst agreed that it was definitely because of the political tension in the country as some Northern elites wanted to make a political point. Many believed that some leadership members of Boko Haram who were scattered all-over and uncoordinated after the death of their leader must have been contacted by disgruntled Northern leaders to cause mayhem and probably ensure Jonathan becomes intimidated which might cause him to shelve his agenda. Churches and crowded places were targeted for mass murder with high causality figures recorded. But instead of Jonathan to shelve his agenda, he campaigned even more aggressively and won the 2011 General Elections. It seemed Goodluck Jonathan understood the strategy of the Northern elites that the only way to defeat terrorism is not to be terrorized, cajoled or intimidated. He called their bluff, contested and won.

The situation is no longer the same today with when Goodluck Jonathan won massively in 2011, these Northern elites have become desperate, impatient and unreasonable as they have been out of power for about 6 years and this is a very long time politically especially considering the factors at stake. Oil Licenses which are majorly in their hands are due for Renewal in 2016 and if they do not get someone who has their interest at heart into Aso Rock they fear some of their Licenses might not be renewed. Therefore, the battle for 2015 is an all out battle. It must be won either by the shedding of the blood of innocent Nigerians or by Civil War. For them any thing that needs to be done must be done. Since 2009 till date, analyst and onlookers must have observed that Boko Haram seem to have splinted into three main Groups namely; the Shekau Boko Haram, the Criminal Boko Haram and the Political Boko Haram. You will recall the Shekau Boko Haram since 2009 till date try to maintain that they are against Western Education and are fighting a Holy War “Jihad”.

But during this period in review, we have seen many attacks unclaimed by the Shekau Boko Haram. Many criminal games attack banks and other places just to rob and steal and people out of fear ascribe such acts to Boko Haram. Then, of recent certain activities like the Nyanya bombing, the Emab bombings and the assassination attempt on General Mohammed Buhari which many people believe was staged has the hand writing of Political Boko Haram. Many have asked the simple question of what benefit will the killing of Buhari be to the Shekau Boko Haram considering the fact that Buhari is a sympathizer of their cause. A person who has spoken in their defence in the past calling on the federal government to pamper them like they are doing with the Niger Delta Militants by granting them amnesty even when Shekau and his band of lunatics totally disapprove any such gesture. Also you will recall that on November 2nd, 2012 when they Boko Haram finally felt the need to dialogue who was reported to have been named as their mediator with the federal government? Same Buhari. Therefore, how can this same Shekau Boko Haram now turn around to kill him?

It is most likely that the Boko Haram that stage-managed or attempted to kill Buhari is the political arm which is now commonly referred to as Political Boko Haram. With the 2015 general elections by the corner, it is most likely that the era of the rise of Political Boko Haram is here. With the template for the rise of Political Boko Haram having been set by former President Olusegun Obasanjo in his letter of Sniper List, the masterminds of the script may begin to play out the script by targeting politicians in the opposition or those who speak against the government just to justify their allegation with the intent of causing chaos in certain parts of the country. One could only imagine what would have happened if the attack on Buhari had resulted to his death, there would have been riots and mass killings of Igbos and people of Southern Nigeria extraction in Northern Nigeria.

It was indeed a perfect plot to raise sentiments and start a riot. These Political Boko Haram attacks from all indications may not reduce or stop, they are likely to be on the increase as elections approaches. Never forget, men can go to any length to get power. To get power men can lie, cheat, blaspheme, become diabolical, kill, bomb, commit genocide, start a civil war or even a Third World War. Crimes have been part of recorded human history since time immemorial. Since the Stone Age, man has been beating or killing his fellow human beings for power, control or survival, human beings have massacred fellow human beings in thousands and piled up their skulls in mountains. We have seen two big world wars involving losses of millions of human lives, including those sent to the gas chambers by Hitler all for power. Therefore, the strategy now being employed by the Political Boko Haram is not strange as it depicts their state of desperation to get power. You will recall that they have employed all strategies available at their disposal to ensure either Jonathan resigns or a military coup takes place but all such plans have failed so far. At a point in time, they started bombing churches thinking that the Christians in places like Plateau and Kaduna States will retaliate against Muslims but it didn’t work. Then, they changed strategy and started bombing mosques yet Muslims didn’t retaliate. Now, this new strategy which targeted Buhari is a new one and may become the new trend which is why Nigerians must become aware of their plans to plunge our nation into political and social unrest (civil war) in order to grab power at all cost.

We must never forget that it is primarily about power grabbing. The act of insurgency in Nigeria was to make President Jonathan look as if he had lost control of the nation which is why I align myself completely with those who believe Jonathan is the primary target and one of the reasons is to make him look incompetent and out of control. That is why poor people are targeted just to show that the country is ungovernable and unsafe.

To win this war against Political Boko Haram, Nigeria needs a military strategy, a political strategy and propaganda strategy that would address the issues that have continuously challenged the Jonathan’s presidency pre-2011 till date and may continue to do so post 2015 general elections.

• Adeyanju wrote in from Abuja and culled from Daily Independent.

Joe Igbokwe: 2015, What Is President Jonathan Waiting For?

Opinion: Is The North Taking Ownership Of Boko Haram?