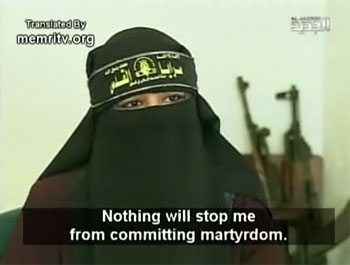 The Joint Task Force (JTF) in Kano has arrested a man suspected to be the master trainer of Boko Haram female suicide bombers with 16 females who were reportedly being trained for suicide operations, Daily Trust, gathered from security sources.

A security source told our correspondent that the plan of the insurgents was to continue using the female suicide bombers to unleash terror on people of the state. The source added that when interrogated, the suspect disclosed that he brought the bombers from Sambisa forest in Borno State.

“He is still being held and interrogated by the JTF and he is cooperating with the force by divulging vital information about their new strategy of using teenage girls for suicide bombings. I don’t know the exact number of the girls because one of my colleagues who participated in the operation said 13 while the other one said 16,” he said.

A top security source confirmed the arrest but added, “You know we have carried out many recent successful operations recent. I will not like to say much on this latest operation.”

“There was an operation in Dala where one Ibrahim Ibrahim was arrested alongside some persons. Investigation is still on,” he said in a phone interview.

US ‘To Send’ Untested Ebola Drug To Liberia