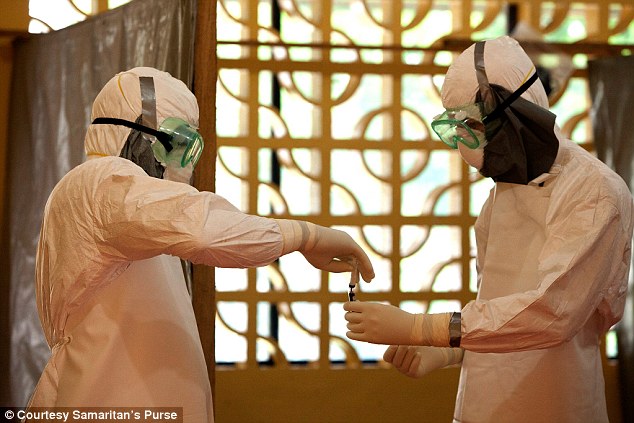 In recent weeks, the world’s public health workers are been afflicted with a myriad of meetings about the killer Ebola virus ravaging parts of Western and in times past Central Africa. The WHO had just convened a meeting of the health ministers from 11 countries in Accra , Ghana on July 2nd and 3rd to tackle and chart out an articulated response the growing crisis, which has now become more of a human wasting epidemic. Though still endemic to the African continent, there are legimate fears, the Ebola might spread beyond into Europe, Asia or elsewhere. Reason, being that people travel by the second and you cannot assuredly restrict all forms of movement.

This explosion of activity culminated, this week, in the inauguration a “Cobra Committee” by the UK government, which will begin a set of
coordinated efforts to maximise Britain’s response to the spread of a disease that has now infected at least 1, 100 people in Guinea, Sierra-Leone, Liberia and now, most likely Nigeria, within a span of three weeks. It is expected UK’s Foreign Secretary, Philip Hammond will chair this committee.

The Ebola virus notoriously lethal, causes fearsome symptoms. The most prominent being high fever and massive internal bleeding. Killing
as many as 90 percent of the persons it infects. It is one of the viruses that is capable of causing hemorrhagic (bloody) fever. The Ebola virus has been reported to have killed more than 668 people, most had picked it up through direct contact with infected persons or animals. Yesterday, I read Dr. Sheik Humarr Khan, who was active in stemming the Ebola outbreak in Sierra-Leone had died resulting from exposure to infected persons while overseeing their treatment. Truly sad. Now worries that the virus could mutate into a form that is easily transmitted between people, sparking a global pandemic have since being confirmed since it’s outbreak in West Africa recently.

Zaire Ebola, the deadliest of five Ebola strains and the “species” behind the current outbreak, can fell its victims within days, causing severe fever and muscle pain, weakness, vomiting and diarrhoea – in some cases shutting down organs and causing unstoppable bleeding. The other four strains have been named Bundibugyo, Sudan, Tai Forest and Reston. Bundibugyo, Sudan and Zaire are particularly dangerous, with fatality rates of also up to 90 percent. The Ebola poses a very high risk to laboratory workers and, for that matter, anyone who is exposed to it.
The arrival of the Ebola in Nigeria had long been expected, after its rapid progress eastward from Guinea, Sierra-Leone, through Liberia and into Ghana. Five countries across West Africa have now confirmed the presence of the evil virus in wild animals – usually those hunted for their meat, for food known as “bush meat”. Everyone is greatly concerned about the speed with which the virus had spread, infecting people in 4 new countries in just three weeks. Consequently, in a strong move, Nigeria has placed all of its entry ports and borders on full flag red alert, and setting up of emergency screening centers at such places to prevent any unaccounted case from sipping through. The latest effort being the suspension of air travel to Sierra Leone, Liberia and Guinea. And similarly, also the Nigerian Civil Aviation Authority (NCAA) suspended ASky Airline’s flight operations to Nigeria over the transportation of an Ebola virus victim, Mr. Patrick Sawyerr, now deceased into the country. A measure taken to forestall a re-occurrence or the possible transportation of victims into the country. For now concrete plans are being hatched by the government and all it’s agencies for how best to respond to the threat from a virus that is infecting animals in the West African block and might trigger a global pandemic of human deaths. Ebola first emerged in Central Africa in 1976.
The Ebola virus is a so-called filovirus, transmitted through contact with the blood, body fluids, secretions or organs of an infected person. But experts say that while extremely virulent, the virus can be contained because it kills victims faster than it spreads. The incubation period between exposure and the first symptoms varies from two to 21 days. The virus has been known to spread at burials where mourners touch the dead body, but doctors and nurses have also fallen ill after failing to take adequate precautions. Even testing blood specimens for the disease presents “an extreme risk”, the WHO has warned, and is done only under the strictest containment conditions. The virus’s natural host in Africa is thought to be a species of rainforest bat, while another concentration has been found in the western Pacific region. People have contracted the virus after handling dead and living chimpanzees, gorillas, monkeys, forest antelope and porcupines. For now, the only approach is to isolate
patients and promptly bury the dead, says the WHO. Hospital staff should use gloves, masks and goggles, and disinfect.