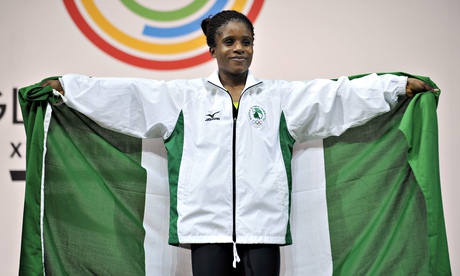 Guardian UK gathered that the 16-year-old Amalaha provided an ‘A’ sample on July 25 – shortly after winning the women’s 53kg category – which revealed traces of diuretics and masking agents. Amalaha will have a ‘B’ sample tested at a laboratory in London on July 30.

The Commonwealth Games Federation chief executive, Mike Hooper, said: “We [have] issued a formal notice of disclosure to an athlete following an adverse analytical finding as a consequence of an in-competition test. That athlete is Nigerian weightlifter Chika Amalaha who was tested on July 25th. That athlete has now been suspended from the Commonwealth Games in Glasgow.”

Hooper added: “[the substances] are diuretics and masking agents. In general terms, these substances are on the prohibited list for two reasons – firstly in weight category sports they can be used to unfairly aid weight loss … and secondly, their use has been reported in attempts to mask the presence in the body of other prohibited substances.

“The relevant processes, as detailed in our anti-doping standard for the Games, are now being followed and Ms Amalaha has pursued her right to have her ‘B’ sample tested. This will take place at an accredited laboratory in London tomorrow, July 30. Upon receipt of those results the process will continue.”