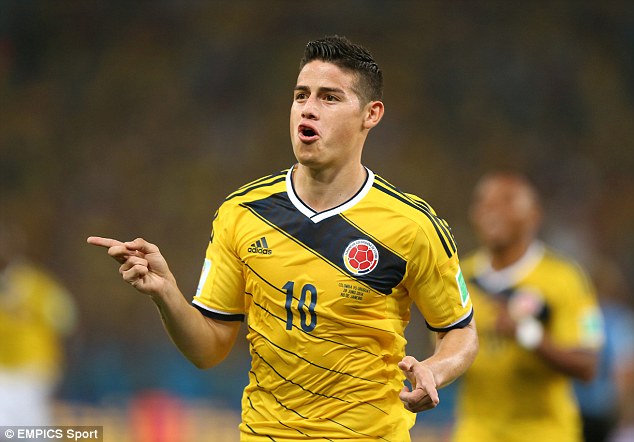 The star of the World Cup, James Rodriguez, has just signed for Real Madrid for £88million in a transfer that will push several players towards the Premier League.

Rodriguez was in Spain on Sunday on his way back from Colombia to Monaco, where he will said his goodbye to the club this week before returning to the Spanish capital to sign a new six-year deal.

Real Madrid president Florentino Perez has been away on business in South America but returned to ensure that once again the European champions’ summer spending goes beyond the £80m mark – adding Rodriguez’s name to the £20m capture of Bayern Munich’s Toni Kroos last week.