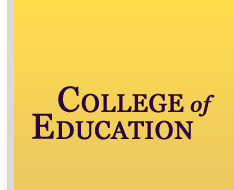 Kaduna State College of Education, Gidan Waya, has concluded arrangements to commence degree programme in some fields of study during the 2014/2015 academic session.

The Acting Provost of the college, Alhaji Lawal Tukur, announced this on Saturday during the matriculation of 100 level regular and part-time NCE students in Gidan-Waya.

He said other courses included Social Studies, Education Administration, Planning, Guidance and Counseling, Economics and Home Economics.
Tukur expressed gratitude to the State Government for providing the institution with the required facilities, making it possible to affiliate to ABU.

He, however, appealed to the government to prevail on contractors handling some projects in the college, especially roads, to expedite action on them. Tukur advised students to be wary of acts capable of jeopardising their academic pursuit.

“I urge every one of you to work hard to justify the confidence reposed in you by the institution’’, News Agency Of Nigeria reports.