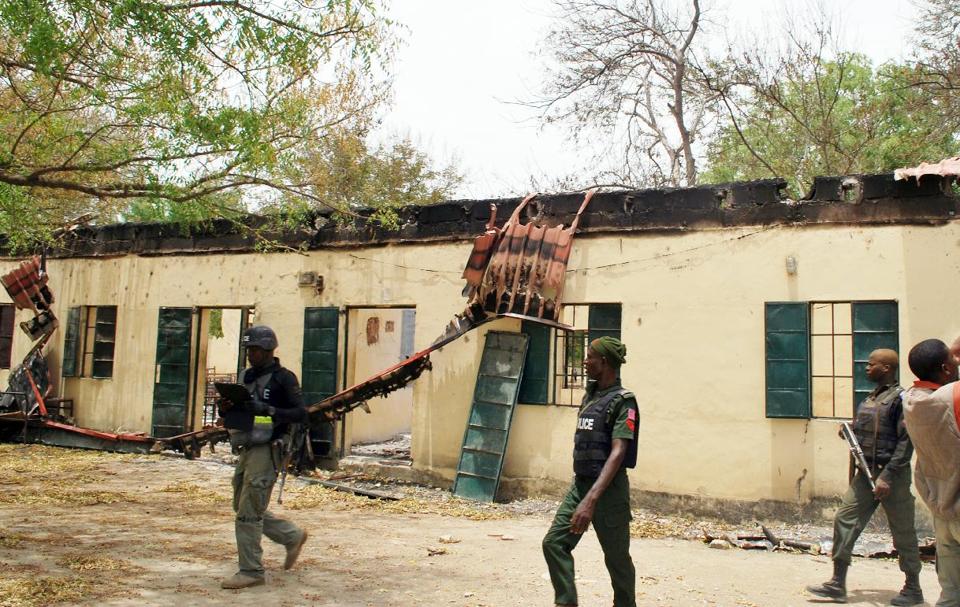 Suspected Boko Haram Islamists armed with explosives attacked a series of churches on Sunday near Chibok, the northeastern town where more than 200 teenage girls were kidnapped in April, witnesses tells Agency France-Presse.

Residents said dozens of people may have been killed in the raids on villages roughly 10 kilometres, (six miles) outside of Chibok, but no one was able to offer an authoritative death toll and the military was not immediately available to comment.

“The attackers went to churches with bombs and guns,” Timothy James, a Chibok resident said by phone.

“From what I gathered, dozens of worshippers, including men, women and children were killed,” he said, explaining that his information had come from people who fled the affected area and through phone calls.

Enoch Mark, an outspoken Chibok leader since the April 14 kidnappings, gave a similar account, telling AFP in Lagos, “presently, as we are talking now, we are under attack”.

“We cannot tell the number of dead bodies,” he added. “I was told the attackers burnt at least three churches to the ground.”

Mark further said that the military had not responded to distress calls after the attack began.

“They just went and got a hiding place in the bush,” he told AFP.

While it was not immediately possible to verify the charge, if true, it would likely raise further questions about the military effort in the northeast, the epicentre of Boko Haram’s five-year deadly uprising.

Following the April abduction of 276 girls by Boko Haram from a secondary school in Chibok, parents and local leaders accused the military of doing almost nothing to secure the release of the hostages.

Fifty-seven of the girls escaped within days of the nighttime raid on the school and local officials have said that 219 are still being held.

International outrage has spread since the kidnappings and Nigeria has vowed to secure better secure in the area in the south of Borno state.