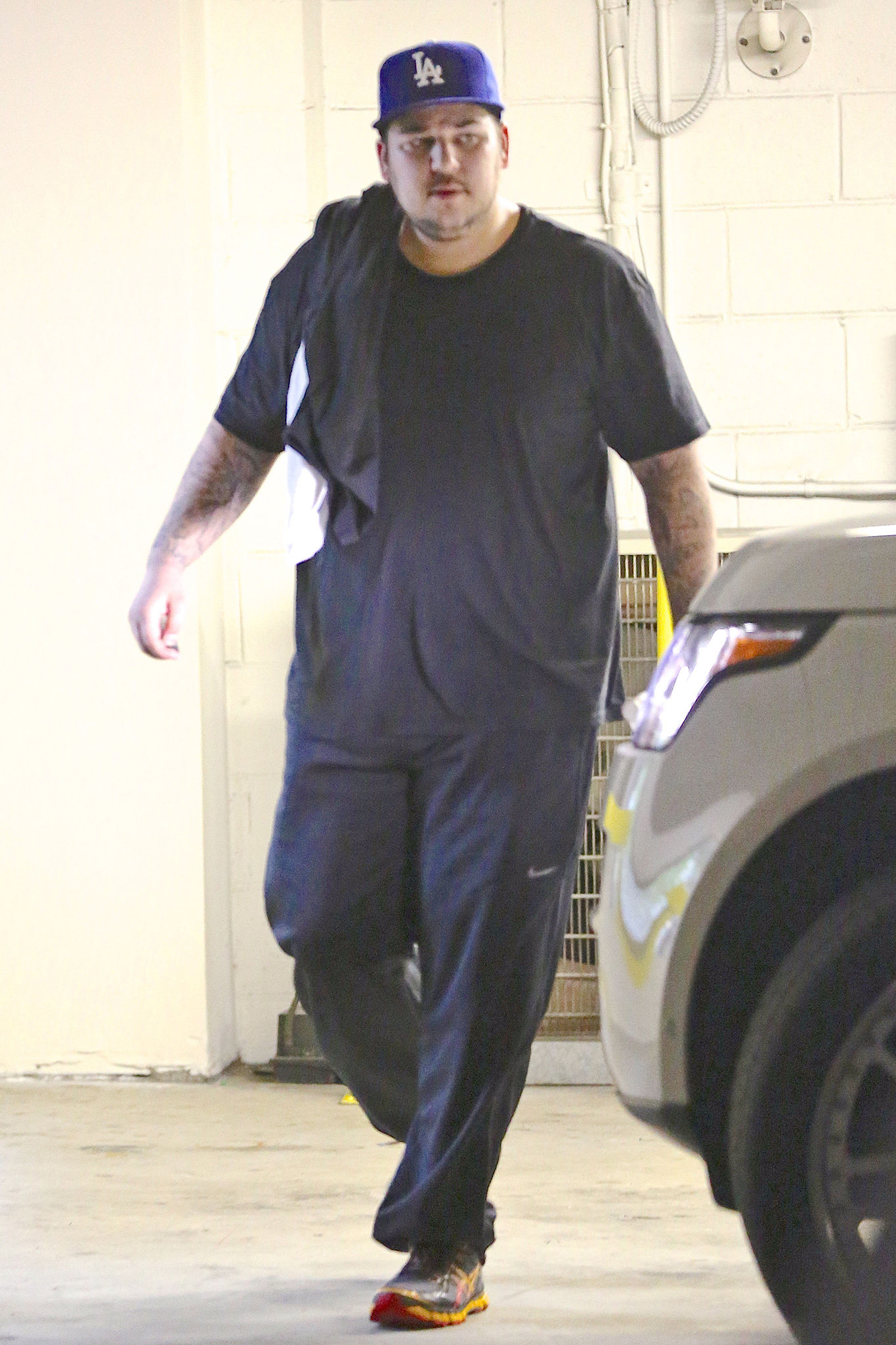 Rob Kardashian is back, but he may not be better than ever. He was photographed leaving a Los Angeles gym on Wednesday, resurfacing for the first time since he left sister Kim’s wedding festivities early

The 27-year-old reality star skipped Kimye’s nuptials in Florence and flew back to L.A. after he reportedly got into a fight with his family. Kardashian sources denied this to be the reason at the time, claiming that Rob — who has struggled with insecurities over his weight for months — was just not feeling up to attending the high-profile event.