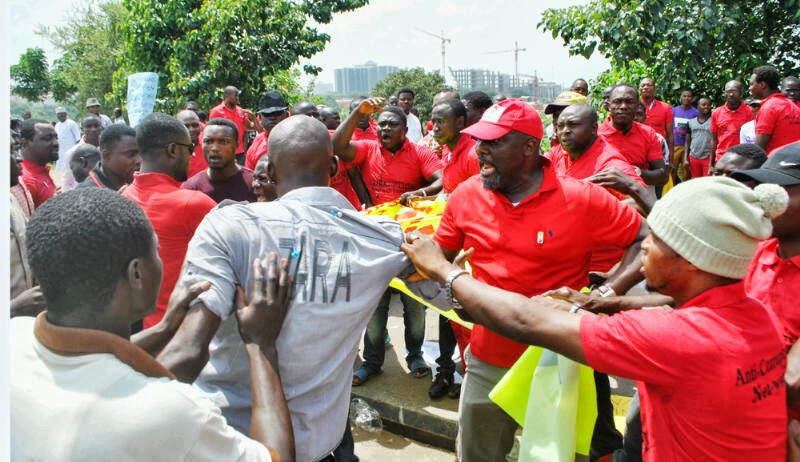 The police in Abuja have quizzed, Dino Melaye, a former member of the House of representatives and member of the All Progressives Congress, APC, for engaging in a street protest over the abduction of over 200 female students of Government Girls’ Secondary School, Chibok..

Melaye was interrogated Monday at the Police Headquarters over his involvement with the “#Bring Back Our Girls,” aimed at compelling the Federal Government to expedite action toward the release of the students by their abductors.

Melaye was earlier invited through a letter from the Office of the Inspector-General of Police,IGP, Mr. Mohammed Abubakar, with Ref. No. CR/3000/FIB/FHQ/ABJ/VOL.T/137 and dated June 20, 2014, directing him to appear “to discuss crucial issues of security concern.”

The letter, signed by one Steve Okoshone, an Assistant Commissioner of Police, ACP, for Assistant Inspector-General of Police, Force Intelligence Bureau,FIB, read:  “The Assistant Inspector-General of Police, Force Intelligence Bureau, FIB, Force CID Complex, behind Federal Fire Service, Area 10, Garki, Abuja, invites you to a meeting with him on Monday 23 June, 2014 at 1200 hrs prompt to discuss crucial issues of security concern. Your response will be highly appreciated.”