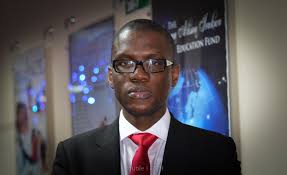 A loss like Kayode Fayemi’s in Ekiti on Saturday was bound to generate plenty of commentary and analysis. Predictably, people want to nail down ‘why’ he lost given that he was quite popular on social media and in ‘elite’ circles.

I am not sure I know exactly why he lost, but some of the reasons being thrown around can be examined as a way of adding to the discourse. I am not sure some of the theories out there cut it and here’s why

Fayemi did not share money and even when he did, it was too little, too late

This is one of the most common theories floating around and it is certainly true, give or take the odd embellishment. The people wanted ‘stomach infrastructure’ but Fayemi was too ‘tight fisted’ and didn’t cater to that need. By the time he realised and started sharing the money (that Fayose was presumably sharing liberally), it was too late and the tide had turned against him irretrievably.

The implication of this is that you cant afford to be stingy as an elected official in Nigeria. Even more worrying, it doesn’t matter how many roads you construct or projects you commission, if you don’t attend to this stomach infrastructure, the people might tell you to come and ‘carry the road’ you built for them. Also, if you have been stingy for long and you suddenly start bringing out the rice and money near the elections, the people will turn up their noses at you.

This explanation makes a lot of sense but it has one problem and that problem is Peter Obi.

You will struggle to find an Anambra man who thinks that Peter Obi didn’t perform while in office. The man generally served his state well and the people recognised that. But the ‘complaint’ you will hear from most people is that he was ‘tight fisted’ and never shared ‘money for boys’. More interestingly, if you followed the news in the final months of his governorship, you would have noticed the Naira rain he embarked upon – everywhere he went, he was donating one large sum of money or the other. My usually reliable ‘sauces’ tell me that he finally brought out the big guns, to the tune of N3bn, in the final few weeks of the campaign and shared it to get his protegé, Willy Obiano, elected. I’m told that Obiano had the mind to cancel some of the last-minute contracts Obi awarded before he thought the better of it. Obi never borrowed money and his ‘tight fistedness’ meant that he had cash to spend when he needed it.

So what gives? Why was Fayemi’s stinginess and last-minute money sharing punished so severely while Obi seemingly got away with the same ‘crime’? Aside from the obvious fact that Peter Obi is not Kayode Fayemi, I think the answer lies elsewhere in a more fundamental law of politics. I will proceed to name this F’s Law of The Opponent In Front Of You. You’re welcome. This law simply states that all electoral strategies and tactics are subject and subordinate to the opponent you are facing.

One of the most reliable tricks politicians, especially incumbents, have used to win elections since time immemorial is to label their opponents as ‘outsiders’. If you can successfully paint your opponent in an election as an outsider who is different from the majority of the electorate, you will be on solid ground. As an example, the frontrunner in the Indonesian presidential slated for July 9th, Joko Widodo, has recently been battling charges that he is a closet Christian. In the world’s largest Muslim country, this is a deadly ‘crime’ indeed and as such Jokowi has been scrambling to have his photo taken with popular Imams and releasing pictures taken when he went on the hajj.

Where Peter Obi and APGA could label Chris Ngige as an ‘outsider’ sponsored by ‘Bourdillon’, this tactic probably wont have worked with Fayose given that GEJ is not unpopular in Ekiti. If anything, the outsider tag was more likely to stick on Fayemi himself. But perhaps trying to label your opponent an outsider by tying him to GEJ might work in a state like Kano where GEJ is much more unpopular. Or perhaps not.

The point is that ‘stinginess’ is not a fatal flaw in a politician. Fayemi was not the worst governor in the world so even this sin could have been forgiven by the voters given a different opponent in different circumstances. So the message to any politician currently opening the treasury to flood voters with stomach infrastructure in a bid to win the next election – it might work, it might not work. It all depends on the opponent you will be facing and the atmosphere under which that election will be contested.

Fayose is popular with the masses

This is the one most people agree on. Fayose eats corn and banana with the ‘masses’ by the roadside. He knows his way around the streets and the people love him etcetera etcetera. One would think that popularity is all that’s needed to win elections in Nigeria these days.

In the 2007 gubernatorial elections in Ekiti, Fayose threw his ‘popularity’ behind the ANPP candidate, Yinka Akerele, who leveraged all the popularity and gallantly came third. After this, he moved to the PPA and then the Labour Party. In the next governorship election he threw his weight behind the ACN and openly campaigned against the PDP who still won the rerun election. Finally in 2011, he moved back to the Labour Party where he used his popularity to contest the senatorial election. He came a distant third. It was after this he moved back to the PDP from where he won last Saturday’s election.

The man’s a maverick, no doubt about that. But he’s also ‘anyhow’. And an anyhow candidate needs a solid structure to translate whatever talents or popularity he has into electoral victory. To put this victory down to Fayose’s ‘popularity’ is to miss a couple of important points.

First, Adamu Mu’azu’s appointment as PDP Chairman has been the political equivalent of replacing Shola Ameobi with Ruud Van Nistelrooy. I was joking with a friend earlier today that the APC should have gone to court to stop GEJ from replacing Bamanga Tukur as PDP Chairman. Not only has he stopped the PDP bleeding, he has infused it with new energy and put them back on the front foot. Observing him at the World Economic Forum in Abuja last month, he was everywhere talking to everybody. When he wasnt holding hands with someone gisting and walking briskly, he had his arms around their shoulder talking directly into their ears. Those who know him say he is full of cunning and if you spent years running succesfully from Ribadu and his EFCC, then you must have some useful political skills indeed. Putting the power of a newly invigorated PDP machine at the service of Fayose played a crucial role in converting whatever latent popularity Fayose had into victory polls. It doesnt happen automatically.

Secondly, political fashions are notoriously easy to misinterpret. Many politicians across the world have gotten elected purely by portraying themselves as the opposite of X, where X is a currently hated politician. Would Barack Obama have defeated George W. Bush in 2000? It is doubtful given that Bush won by being more folksy than Al Gore who people thought came across as too Professorial. 8 years later, Americans were tired of Bush’s folksiness and bad grammar and Obama the well spoken law Professor was in fashion inspite of the charges of elitism and arugula eating levelled against him. Francois Hollande campaigned against Nicolas Sarkozy in 2012 by telling the French people that he was ‘Mor Normal’, in contrast to Sarkozy who often acted like he was crazy.

There is a tide in the affairs of men,

Which taken at the flood, leads on to fortune.

Omitted, all the voyage of their life is bound in shallows and in miseries.

On such a full sea are we now afloat.

And we must take the current when it serves, or lose our ventures

It’s hard to imagine that a candidate is ‘permanently popular’ anywhere. They go in and out of fashion and the smartest ones are those who take the current when it serves. The people of Ekiti had come to dislike Fayemi and his style of governance. They were tired of his ‘elitism’, real or imagined. Tomorrow they may come to desire elitism once again. It’s the nature of democracy and the way voters like to change their minds every so often.

To paraphrase the immortal words of Ice-T – Fayose didn’t choose the game, the game chose him. To take Fayose’s victory as some kind of Iron Law which repudiates elitism is an interesting conclusion if not hilarious.

The scale of Fayose’s victory

This aspect of the outcome is curiously being treated by many people as something normal. As if, incumbents always lose elections so heavily in Nigeria to the point of losing every single local government in their state. I remember during the 2011 guber elections in Nigeria. I had voted in Lagos and the results were more or less a formality for Fashola who was quickly announced as the winner. But in Oyo state, getting out Akala was never a walk in the park. I kept texting a friend in Ibadan to ask if the results had been released and in the end an Army General was drafted in to escort the final set of results to INEC’s office.

You don’t just beat an incumbent in Nigeria. No matter how bad the person was and even the most uncharitable people wont say Fayemi was the worst Governor in Nigeria’s history. It’s a big job and incumbents go down kicking and screaming. So how did this happen in Ekiti?

The one thing most people can agree on is that INEC did an excellent job on Saturday. A few changes were made which made things like ballot snatching a waste of time. Around 2pm, a friend who was in Ekiti said ‘it’s over. Fayemi has lost…he’s losing everywhere’. And that is exactly what happened – he lost everywhere.

If this was all down to INEC’s improvement, then the logical next question to ask is – how many governors have been losing elections in Nigeria in reality but manage to return to office using the power of incumbency? If Fayemi could lose in every local government, then it is safe to say many governors in the past have also lost every LGA in their state. Yet, this is the first time we have it on record as this happening.

If INEC keeps up this level of performance, then we can expect many many incumbents to lose elections spectacularly next year. Voters will vote out many politicians ‘for the fun of it’ or to test their new-found powers.

So what does this tell us? Was Fayemi uniquely bad as a governor? Or was he the pioneer of a new trend we are going to see a lot more of? If it’s the latter as I suspect it is, then in a few months time, this defeat will be overtaken by much bigger ones.

I don’t know exactly why he lost. I suspect it’s a number of things and not just one thing. But I know that a lot of reasons being given don’t quite cut it and many will learn the ‘wrong’ lessons from this. But what do I know.

Sorry I made you read nearly 2,000 words without giving an answer.

Article written by Feyi Fawehinmi and culled from Aguntasolo Blog

Opinion: Much Ado About Cassava Bread