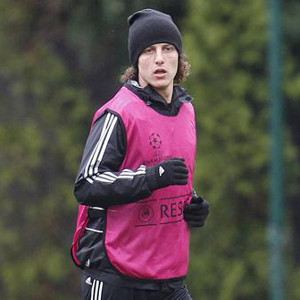 David Luiz became the world’s most expensive defender on Friday when he completed his transfer from Chelsea to Ligue 1 champions Paris St Germain.

“Paris St Germain is delighted to announce the transfer of Brazilian international David Luiz from Chelsea for the next five years,” read a statement on the club’s website (www.psg.fr).

No financial details were disclosed but media reports estimate the fee for the 27-year-old World Cup centre back is worth between 40 ($67.16 million) and 50 million pounds.

The mop-haired Brazilian arrived at Chelsea from Benfica in January 2011 and established himself as a fan favourite, making 143 appearances and scoring 12 goals.

Luiz was part of the team that won the Champions League and FA Cup in 2012 and the Europa League in 2013.

“Right from the very first contact I had with Paris St Germain I was very happy,” Reuters reports the player as saying.

“It’s a big club with a great history … it’s a new step in my life and I’m impatient to play for Paris and show what I can do,” added Luiz.

“I will be defending the colours of one of the biggest clubs in the world. It will be a great time for me, both professionally and personally. I want to enjoy myself and, if possible, win as much as possible.”

Thiago Silva and Luiz were central defensive partners when the host nation kicked off the World Cup on Thursday with a 3-1 victory over Croatia.