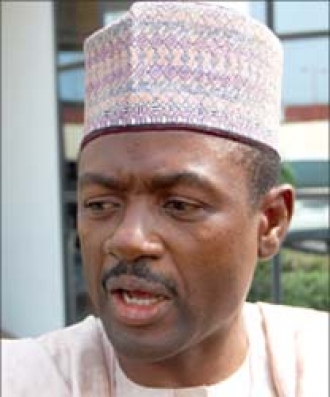 The Minister of Information, Mr Labaran Maku, on Friday said that terrorists are not Muslims, adding that, Nigerians must stand together and fight the insurgency in the country.

The minster made the call at National Peace Conference and Unity Rally organised by the Integrity for Leaders Initiative in Asaba.

Maku urged everyone, irrespective of tribe, ethnicity or religion, to support government in fighting terrorism.

He said terrorists had nothing to do with religion, adding that they were being led by a different spirit that taking life no longer meant anything to them.

“These terrorists are not Muslims, all religions preaches peace and we must ensure that we promote peace and security development in our country.

“To imagine that Nigeria will be confronted by this situation in 2014 is a challenge to make all Nigerians to rise and fight the insurgents.

“So, I urge all Christians and Moslems to stand together as one to defeat the terrorism in the country,” Maku said.

The minister charged those politicians who manipulated religious organisations for the selfish interest to desist forthwith.

He called on parents and guardians to instill the right values in their children and wards, urging the youths to resist desperate politicians who may want to use them to cause violence.

He lauded President Goodluck Jonathan’s leadership quality that had transformed the nation’s economy to number one position in Africa in spite of the security challenge.

Governor Emmanuel Uduaghan, represented by the Commissioner for Information, Chike Ogeah, called on politicians to separate politics from security.

Uduaghan said if something urgently was not done to contain the situation, “anarchy is imminent.”

National Coordinator of the group, Rev. Chukwudi Eke, urged Nigerians to think more about what they could do for the Nigeria and not what Nigeria would do for them.

“We are here most importantly, to show our solidarity and love for Nigeria, where peace and unity reign supreme.

“Through this peace conference and unity rally, we are showing selfless love for our dear nation by being facilitators for the continued peace and unity of our dear Nigeria”, Eke said.

NAN reports that Jonathan was given an award as the Most Tolerant and Peace Loving President, while Uduaghan got the Peace Ambassador Award for 2013.