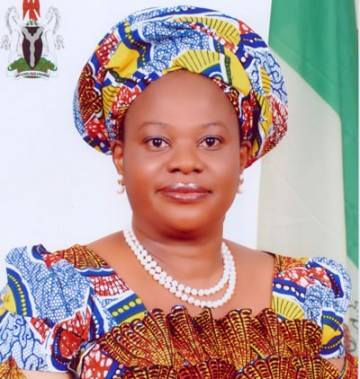 Dora Akunyili, I should write for you. These were the first words I could muster myself to write when I heard of your death late Saturday evening. It is with a heavy heart that I write this, not necessarily because of your death, but for the painful fact that I always postponed actually writing for you when you were alive. Here I am trying to put together words, words you won’t ever see or read. Here I am trying to do what I should’ve done a long time ago; here I am writing for you.

It was John Ruskin that said “The strength and power of a country depends absolutely on the quantity of good men and women in it”. I can’t talk about how powerful our country Nigeria is or has been when it relates to what John Ruskin said, but what I do know with certainty, is that we were one Dora Akunyili strong. Your days as NAFDAC boss, reminds me of the stanza of our national anthem that says “To serve with heart and might”. That’s you Dora; you were “heart and might” moulded into flesh.

I can’t comprehend the number of Nigerians walking the streets today, strong and healthy. That Nigerian heart and might you possess, which has almost gone into oblivion, made it possible. That for decades, we lived or thought we were living; taking drugs and foods we never knew were draining us of the little life we had. That we died, not knowing that our brothers and sisters, friends and neighbours, were actually living off our death, importing for consumption, what was not even fit for our pets. Ours is a country without statistics and adequate records. We scream child mortality, but we fail to know that so many things can cause child mortality. Nobody has undertaken the task of finding out how much fake drugs and bad foods contributed to our child mortality figures, so we might never know what impact you made in reducing it. Your stint as NAFDAC boss is one we’ll forever remember –I pray we actually do remember. How many of us would’ve lost mothers, fathers, brothers, sisters, friends, we’ll never know.

In our typical Nigerian fashion, we goofed, we most times do. You were moved from NAFDAC to our Information Ministry. I don’t know why or what brought about that change, but right there, you lay dormant. That was not the Dora we knew or fell in love with. You started doing your “Nigeria: Good People Great Nation” stuff—you called it rebranding. I actually felt that was the end of a great book, but I was wrong, that was just the end of a chapter; there was still a Dora somewhere in you Akunyili. You gave us a glimpse of this Dora left in you when you decided to speak up. Where “men” felt silence was golden, you showed them that taking a stand was something you’ll never exchange for their gold plated silence—Dora you spoke! Dora you spoke when our democracy was on the verge of collapse, and a voice was needed to remind us of where we were coming from. Once again, we might never find out what would have been the consequences if you hadn’t spoken, something I’m grateful for.

Dora, I don’t have any idea what your epitaph is going to read, but if I should suggest—sorry, I have to suggest. It should read: Here lies Dora Akunyili, the 7th stanza of the 1st verse of the Nigerian National anthem.

Tolu Ogunlesi: How Many Nigerians Does It Take To Change A Light Bulb?