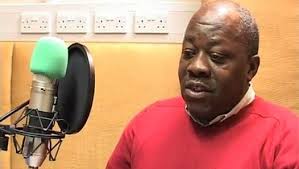 Reading the Sunday Press yesterday gave me the overwhelming impression of a President that has been extremely reluctant to take action to search for and rescue the Chbok girls. In Thisday on Sunday, we read the interview by former President Olusegun Obasanjo where he claims that for the first 18 days, President Jonathan did not believe that the Chibok girls had been abducted. The former president argued that, as ferrying the girls away was such a huge logistics challenge for the abductors’, as they were burdened by a large convoy of vehicles and a huge number of human beings. He added that if action was taken within the first 24 hours, the girls could have been found and rescued. By deciding not to believe the story, the opportunity to rescue them was lost. The analysis by Obasanjo is in a sense very strange. The abduction is an empirical event and not one of belief or disbelief. There is a state of emergency in Borno State and we have been told that there are 20,000 soldiers deployed in the zone. I suppose the troops would have a system of surveillance and informants that feed into an intelligence system. It would be difficult for the troops not to be aware of the movement of such a huge convoy.

In that case, my assumption would be that they would have informed the Commander-in-Chief that the abduction did happen and provided him the empirical evidence. It does not make sense to me that the President would take the attitude of believing or not believing, he would have just followed the evidence. My assumption however might be faulty because all the reports we got from the Chibok community was that all their reports about the abduction and the path the abductors took with the girls were simply ignored by the various security agencies they passed on the information to. It was as if a decision not to believe the event happened had been taken. I have no idea why such a decision should be taken if indeed that was what occurred.

In Leadership on Sunday, we read the report of the interview with Senator Ahmed Makarfi who argued that the roadmap developed by the Kabiru Turaki Presidential Committee on Dialogue and Peaceful Resolution of Security Challenges in the North was jettisoned. He said that as a Committee member, he knew that they had made excellent recommendations including the establishment of a permanent body for continuous dialogue but their road map was never implemented an the opportunity to seek peaceful solutions was lost.

In the same paper is an interview by Shehu Sani, the human rights activist. He said that an agreement was actually brokered last week to swap the girls for Boko Haram prisoners and moments before implementation, the Presidency called off the deal. It will be recalled that the British Minister for Africa had informed Nigerians that President Goodluck Jonathan will not negotiate with the terrorists. Some of us were a bit peeved that a foreign minister was briefing us about the position of our own President but that’s the reality we live with today. The Americans who had always sworn that they would never negotiate with terrorists have just swapped five terrorists for one captured American soldier, and yet, they tell us not to do the same thing. Meanwhile, news has just emerged that the United States will ride of the successful swap to open up broader negotiations with the Taliban. When Minister Boni Haruna announced that the Nigerian Government was ready to talk to the terrorists and grant them amnesty, Presidential Spokesman Reuben Abati told him off the next day for falling out of the Government line. I am sure my understanding of these complicated issues is rather limited. That is why it appears to me that if we really want to get these girls back home, and we are told that the military solution might be harmful to the girls, which I understand, then the obvious solution is to negotiate and offer them something they value. This outcome would be something all Nigerians, and indeed the whole world would value, the safe return of the Chibok girls to their families.

We read in Sunday Trust that finally the Brig. Ibrahim Sabo Fact Finding Committee finally went to Chibok after weeks of reluctance to go to Ground Zero. When the paper talked with members of the Chibok community however, they found out that only four members of the Committee went to Chibok and they spent a total of forty minutes only in the town. This behaviour too is strange to me and beyond my comprehension. If their principal term of reference is to find out what happened in Chibok, the general assumption would be that a significant percentage of the Committee members would go there and they would spend time to carry out their investigation. Breezing in for a few minutes and dashing out in their helicopter does not appear to indicate an intention to really find out the facts of what happened in Chibok. To spend one week in Maiduguri and 40 minutes in Chibok is very strange indeed.

My column today is devoted to my perplexity. The easiest way for President Jonathan to gain a lot of popularity is to search and recover the Chibok girls. He would gain the massive gratitude of Nigerians if he does it. The world would heave a huge sigh of relief and respect him. It is very much in his interest to #BringBackOurGirls. Nonetheless, we do not see a determination and a sense of purpose in following this path. What we see is a great reluctance to act in a manner that would create traction in rescuing the girls.

Last week, I wrote about how some thugs attacked at the Unity Fountain for simply saying that our Government has the responsibility to #BringBackOurGirls. I have always believed that our message was clear and logical. Terrorists have abducted hundreds of girls from their school. We have a Government, we have security agencies, and they should perform their constitutional roles, search and rescue the girls. Government is telling us today that the correct message should be – “Boko Haram: Release Our Girls”. Yes indeed, Boko Haram should release our girls but as they have refused to do so, our Government has a responsibility to do what it will take to get them released. It is today 49 days since these girls have been abducted. Let us continue to make citizens demands that our Government must be accountable to us and #BringBackOurGirls, now and alive. To our President, we can only say, do not be reluctant, please your Excellency, do your job, that is the simple message from Nigerians.

Jibrin Ibrahim is a Nigerian political scientist and activist in the struggles for deepening democracy and promoting peaceful coexistence. Executive Director at CDD West Africa.