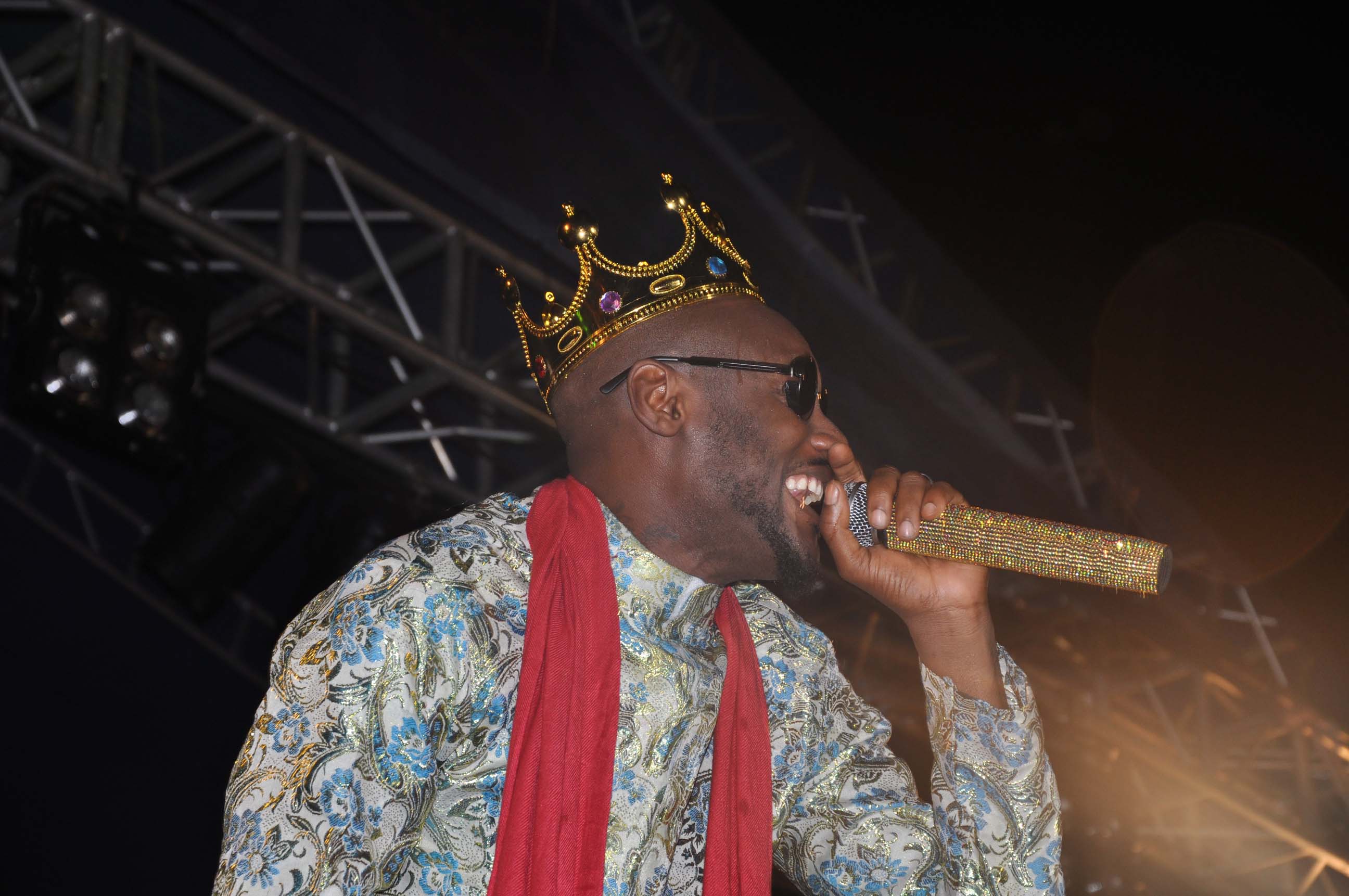 Remember 2Face’s customized diamond encrusted microphone given to him by luxury designer Malivelihood? He performed with it for the first time on stage at Star Music Trek 2014 grand finale, which held at Eagles Club Surulere on Saturday May 31, 2014.

After riveting performances from Star Music Trek 2014 debut edition in Nsukka  through Makurdi, Umuahia and Orlu, 2face pulled all the stops for his final performance in Lagos.

Dressed in royal regalia, he took fans through a live performance of various hit tracks includingYou No Holy Pass, African Queen, Outside amongst many others.

His wife Annie dressed in black sweatshirt and pants stood amongst fans and cheered throughout his performance.