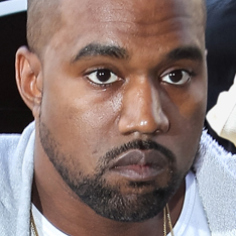 Kanye West and Kim Kardashian have been married less than a week and he’s already laying down the law when it comes to his new wife’s career. RadarOnline.com reports that the rapper has refused to allow his reality star bride to film a Keeping Up With The Kardashians spin-off with her sister,Khloé, — and mom and manager Kris Jenner is not happy.

Jenner had planned for Kim to appear onKourtney & Khloé Take The Hamptons, a KUWTK spin-off filming this summer in New York, but “There’s no way Kanye was going to allow Kim do it,” an insider told Radar. “It’s no secret how much Kanye dislikes and despises Kim’s involvement with reality television, and there was no way it was going to happen so soon after the wedding.”

Now, the source says momager Jenner “is furious because she is feeling the pressure from E! and Ryan Seacrest Productions to have Kim on the show instead of her other daughter,Kourtney. The network is afraid that Kourtney & Khloé Take The Hamptons will be a ratings disaster because Kim isn’t going to be a regular on the series.”