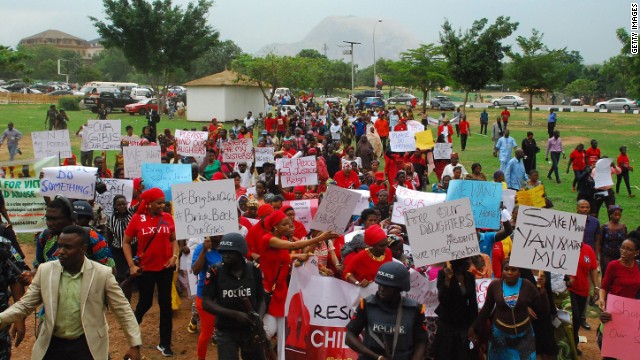 The AU has announced plans to engage the Federal Government and other stakeholders in a meeting, in a fresh move to rescue the more than 200 girls abducted by insurgents in Chibok, Borno.

The AU Special Envoy for Women, Peace and Security, Mrs Benita Diop, made the disclosure at the close of the Conference of Ministers of Social Development in Addis Ababa on Saturday.

Diop, who is to lead a delegation to Abuja on Monday, June 2, is to intimate the Federal Government on the “new approach’’ to rescue the girls, abducted on April 14.

The envoy, who addressed the meeting on AU’s effort to secure the girls, said the continental body would continue to evolve mechanisms to protect the girl-child through robust policies on education, among others.

The AU Ministers, under the auspices of the Fourth Conference on Social Development convened with stakeholders to review efforts toward ending child marriage in Africa.

The African Union Commission had announced that 39,000 underage girls were sent out for marriage daily in Africa and urged for more efforts to tackle the practise and allow such girls to face their future through adequate education.

The AU had during the just-concluded meeting launched a campaign tagged “End Child Marriage Now’’ where it called for urgent measures to tackle the growing spate ohf the cultural practise that had hit the continent with daily record of 39,000 victims.

The campaign would be carried out in 10 selected countries of the continent, where the culture of child marriage is highly practised.

The campaign is being supported by AU partners, including UNICEF, UNFPA, UNECA, Plan International, the Canadian Government, Save the Children, Africa Child Policy Forum (ACPF) and DFID.