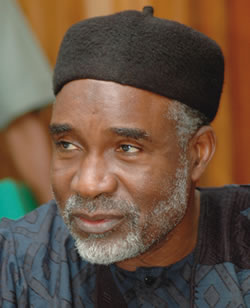 Gov. Murtala Nyako of Adamawa on Friday announced the sacking of five of his special advisers and seven principal special assistants.

This is contained in a statement issued in Yola by Mr Kobis Thimnu, Secretary to the State Government.

The statement read, “Gov. Murtala Nyako has approved the withdrawal of the appointments of 12 political appointees with effect from May 21.

“While the government thanks you for the services you rendered, you are kindly requested to hand over government documents and properties in your custody to the appropriate authority.”

The statement did not give reasons for the sack of the appointees.