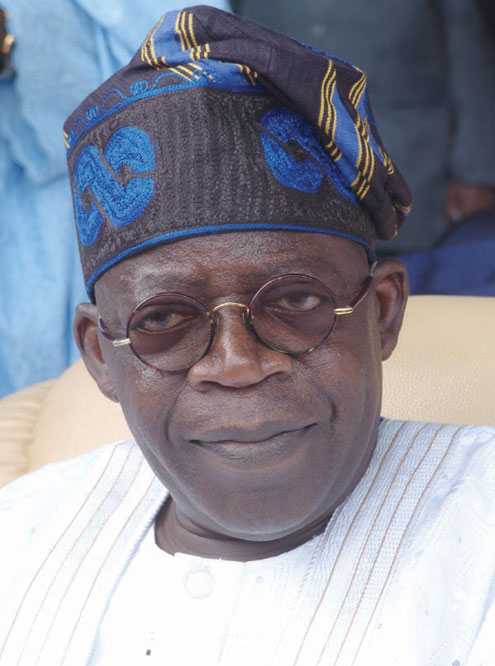 Ahead of the June national convention of the All Progressives Congress (APC), there appears to be serious trouble ahead with a growing concern amongst members about the sell-out tendency of its national leaders, Bola Tinubu, if his vice-presidential ambition fails to fly.

Thisday Newspaper reports that, indications are that governors of the party have perfected plans to take over control of the leadership, a move that would be sealed at the June national convention, where the party would elect its national officers as well as set the path for those that will fly the party’s flag in next year’s election.

A majority of the members are said to be working on how to manage the fallout of the convention and other tendencies in the party in order not to rock the boat in pursuit of personal goals.

Particularly of concern to the APC leadership is the possibility that Tinubu could sell out once he fails to emerge the vice presidential candidate of the party, which is most likely since other stakeholders have insisted that the party would not come up with a Muslim/Muslim ticket, an idea said to have been sold to the party by Tinubu.

The situation in the APC is? therefore seen as one of a time bomb as members of the party are now wary of the possibility that Tinubu could sell out if his desire to fly the party’s ticket as the vice presidential running mate is aborted on the grounds of religion.

This fear further stemmed from the fact that if Tinubu fails to emerge the party’s running mate, the tendency to beat a retreat to protect his Lagos investment is most probable, a decision that might leave him giving up the party in the presidential poll like he was believed to have done in 2011.

But there is a school which suggested that outside Lagos, Tinubu might not really have as much hold on other South-west states, a situation that could put him in a precarious position in negotiating with the presidency.
This school believes that the kind of command Tinubu would ordinarily hand down the government in Lagos might be rebuffed vehemently in other parts of the zone, especially where interests clash. One of the sources expressed fear that whichever way this development manifests in the APC, if not managed effectively, it could have a damning effect on the party and its chances.

“The truth is that Tinubu badly wants the VP slot and he’s not considering any implication whatsoever it might have on the party. So, when you weigh this level of desperation, you can predict his options which are literally his stock in trade – that is – selling out.
“But we have to manage him. In fact, this I think is one of the worries of Buhari who could also read through the lines that Tinubu has a sinister Plan B,  if he fails to emerge the running mate. But we are not oblivious of this situation and we are working round it,” the source said.

Related Topics:NigeriapoliticsPDPAPC2015 election
Up Next