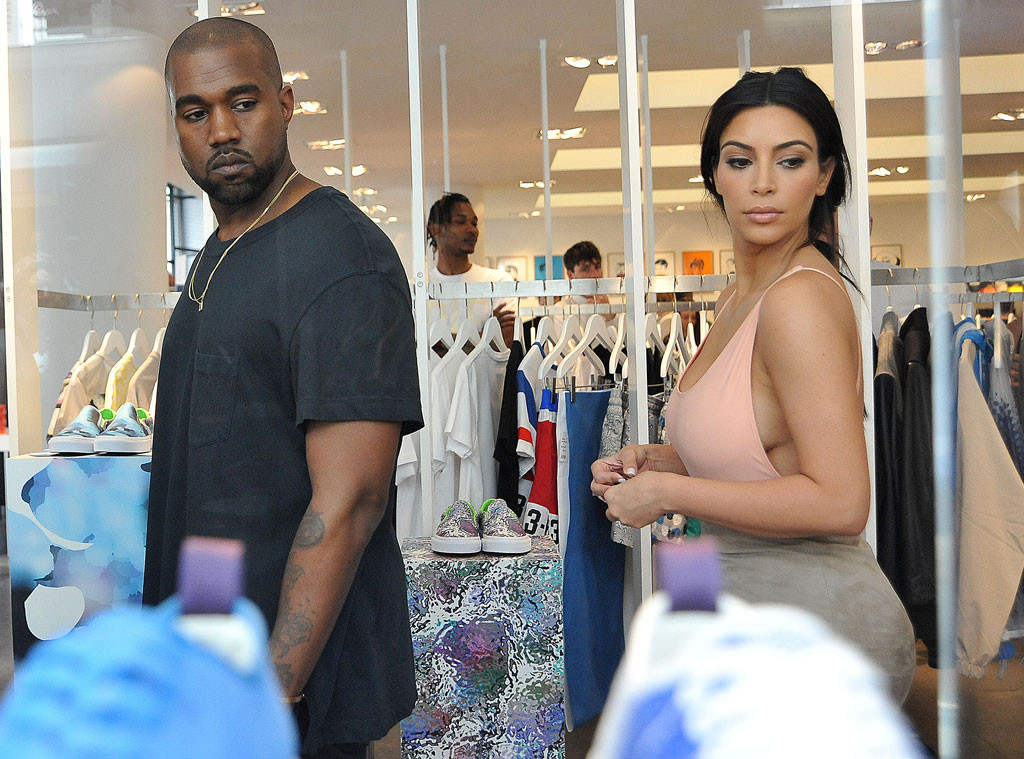 Kim Kardashian said she was having a “beautiful day in Paris” Monday—and she wasn’t kidding!

The beautiful bride-to-be joined Kanye West for an afternoon of fashion and food in Paris, France. Looking like a knockout, the Keeping Up With the Kardashians star flashed some serious side boob in a low-cut, low-back top. She completed her look with a pencil skirt, stilettos and oversize sunglasses.

The future spouses kicked off their morning shopping spree at Balenciaga and Colette. 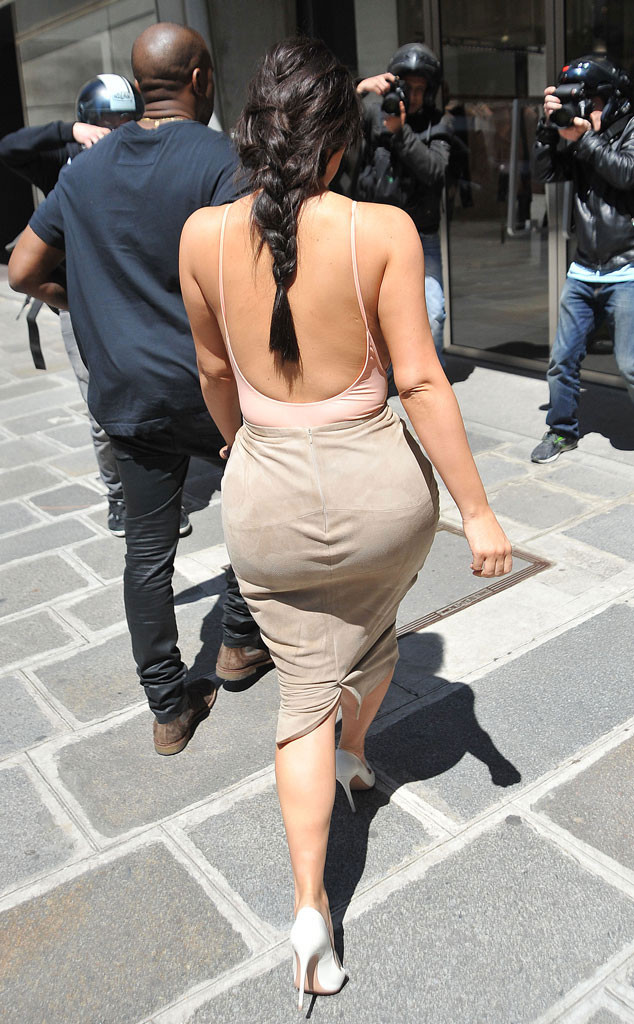 The future spouses then headed to L’Avenue for lunch. After satisfying their appetites, the Vogue cover stars browsed the racks at YSL and shopped at Céline. “Kanye was very supportive and lending his fashion expertise while Kim was trying on clothes,” a source says of the latter visit. “Kanye was happy to get Kim some beautiful outfits,” the source adds. “They purchased a bunch of her choices.” 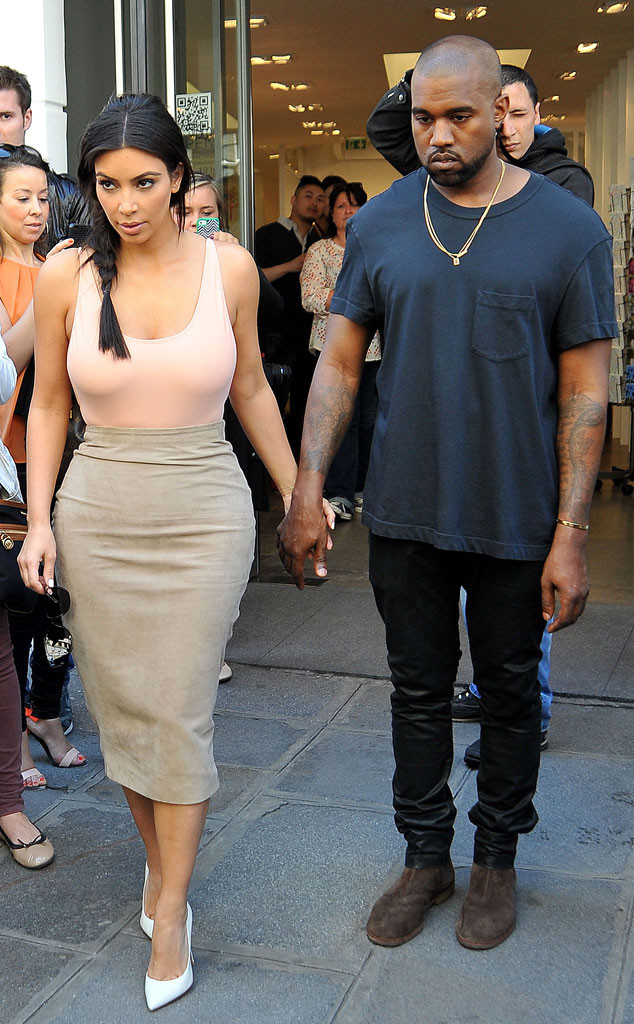