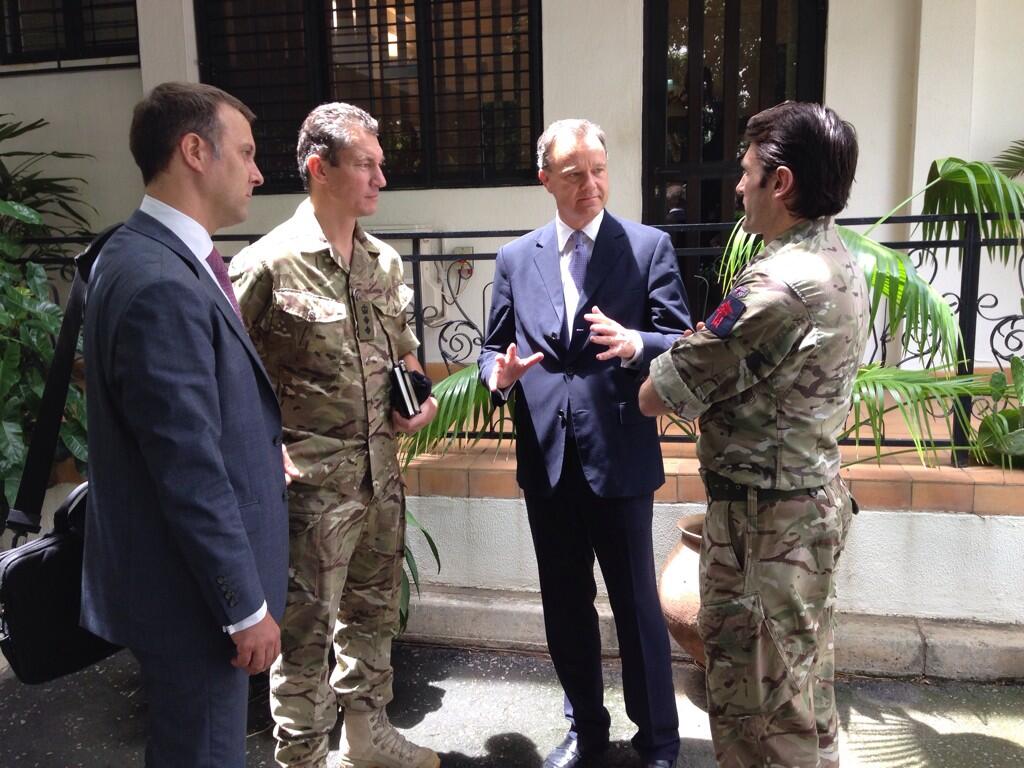 The heinous activities of terrorists in Nigeria has no doubt tainted the image of Islam and Muslims much more than it has dented the image of the country. The latest of such atrocities is the abduction of over 200 girls in the remote village of Chibok in Northeastern state of Borno. The girls who were allegedly forcibly converted to Muslims have been in captivity for more than one month now, having been abducted on April 14, 2014. So far, clues remain bleak on how to rescue them.

While the Boko Haram terrorists’ group claim to be fighting for Allah, foremost Islamic groups and scholars, even globally notorious extremists have condemned the group. Thus the stunning abduction appeared too much even for fellow militants normally eager to condone terrorist acts against the West, its allies and intersts.

Boko Haram was rejected long ago by mainstream Muslim scholars and Islamist parties around the world for its seemingly senseless cruelty and capricious violence against civilians.  The notion of whether the insurgents are fighting for Islam as alleged by some Christian clerics should be less pertinent than the need to evacuate the menace from our society.

The presidency has also come under excruciating criticism on its perceived inaction towards quashing the menace of insurgency in the country. This has probably pressured it into accepting offers for help in combating this menace by permanent members of the United Nations Security Council led by the United States of America. Scoops also has it that Israeli Prime Minister, Benjamin Natanyahu has also conveyed his sympathy and solidarity and as well offered to send a team of counter-terrorism experts to assist in the ongoing search and rescue mission

The eventual decision to accept foreign assistance may seem to have come rather late but just few were actually aware that Nigeria had pleaded for this help long before the insurgency deteriorated to its present level.

Nonetheless, the recent acceptance by foreign allies to assist the nation in the search for the abducted girls may not have come at a better time. This is due to the fact that the event has escalated the animosity between and amongst religious and ethnic groups. More so, political insinuations and accusations have also not gone unnoticed as it is alleged that there is more to the macabre of the abducted girls than meets the eye.

Ultimately, President Goodluck Ebele Jonathan has welcomed and accepted a definite offer of help from the United States of America and others in the ongoing effort to locate and rescue the girls abducted from Chibok four weeks ago. This is likely to include the deployment of U.S. security personnel and assets to work with their Nigerian counterparts in the search and rescue operation. There are reports though yet to be verified that US marines are already in the country for this purpose and more.

While some have lauded this development, many others remain sceptical. It is pertinent to also mention that the use of US killer drones is not yet on the cards, just few marines and technical expertise. There is also need to remind pessimists that China, Israel and France have also offered to help with security expertise all in the quest to locate these abducted girls and return them to their families.

The fact is that Nigeria is inexperienced in fighting terrorism; the idea of foreign help is just a matter of when and to what extent. To think the US is here to wage war against Northern Nigeria in order to decimate the Muslim majority as being insinuated by some clergymen, is scholarly kindergarten. This is especially considering the large population of Christians in the North East. There is also need to remind us of the fact that the United State is currently hunting the Ugandan Rebel Leader, Joseph Kony who leads the Lord’s Resistance Army. Thus, the stereotypical believe that the United States don’t offer succour for goodwill may be lulled for a while.

Although it is still a bit pardonable to instigate that the United States may not help Nigeria for free as it is believed that ‘nothing goes for nothing’ all the same, there is need to understand that the Nigerian military are not making headway in the rescue mission and thus needed intelligence and logistic succour, which it can muster.

In a nutshell, what Nigerians need is remain optimistic and give all needed moral support to the President and his Service Chiefs in a bid to rescue the girls. Rather than criticize virtually every step taken by the President, all hands should be on the deck to see to see to the end of barbarism of the militants.