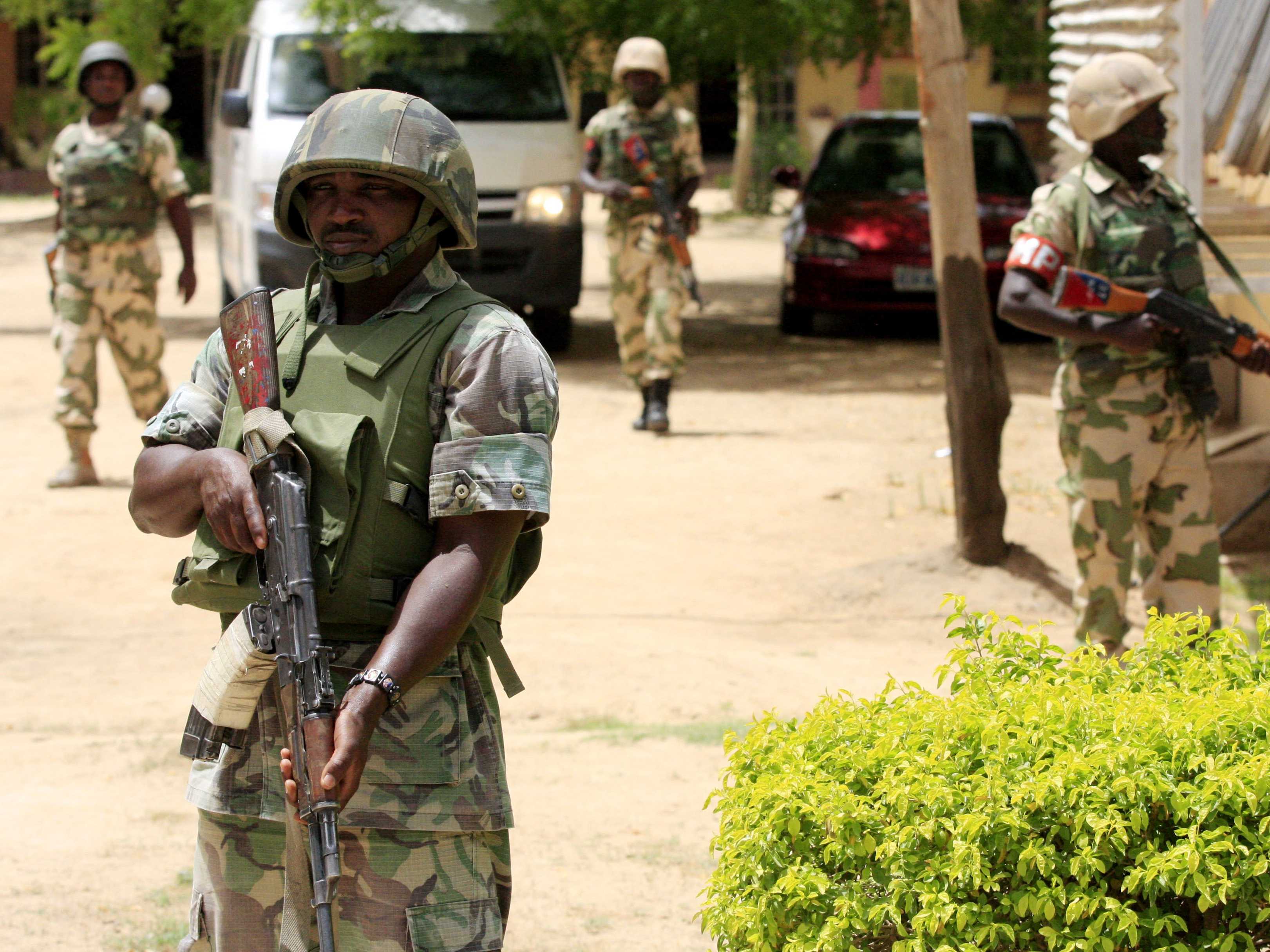 (SkyNews) Police in Chibok have said they are not equipped to deal with another Islamist attack like the one which resulted in the abduction of more than 200 schoolgirls.

Sky’s Special Correspondent Alex Crawford, who is in Chibok, said that despite an increased security presence, police felt under-equipped to serve as any sort of meaningful deterrent against further attacks.

One officer told her he felt unable to enter into a combat situation with the militants, many of whom are armed with heavy machine-guns and rocket-propelled grenades.

It has been over a month since more than 200 girls were seized by the militants.

Residents in Chibok, in Nigeria‘s northern Borno state, say they are in constant fear of further attacks, with abductions and killings taking place in the region on a regular basis.

Nigerian authorities are accused of being powerless in the face of the Islamist threat and too slow to respond to the schoolgirls’ abduction.

Speaking to Sky News, Nigerian presidential aid Dr Doyin Okupe denied the security forces were under equipped saying: “It is not correct at all.”

He said there had been significant improvements in the kit provided to the police and army over the last three years and added that “slowly but surely we are equipping” them.

Frustration with the government rose further on Friday when President Goodluck Jonathan was said to have cancelled a visit to the region.

It was reported that his security team had advised him against a visit to Chibok on the basis that it was too dangerous.

However, on Saturday morning, Dr Okupe denied that Mr Jonathan had cancelled the visit and said it was a “misconception”. The president would be visiting Chibok, he said.

Crawford said the families of the missing girls were “very upset and very angry” at the president’s apparent last-minute decision to pull out.

She said: “As one father of an abducted girl told me: ‘If it’s not safe enough for the president of Nigeria to come to Chibok, how on earth does he feel about us residents of Chibok living here?’.”

And added the community was still upset that the president had not yet visited, after the April 14 kidnapping.

The president instead flew directly from the capital Abuja to Paris, where he is due to take part in a summit with the leaders of Nigeria’s neighbouring states later today.

Representatives from Cameroon, Niger, Chad and Benin will all take part in the half-day meeting aimed at forging a joint strategy to overcome the militants.

Ahead of the summit, one French diplomat said: “Boko Haram represents a risk to the stability of every state in the region, and the leaders of these countries have to be aware of that.”

Britain, the US and France are all taking part in the search for the missing schoolgirls.

Nothing was seen of the girls until last week when Boko Haram released a video appearing to show a group of about 100 of them who the group said had converted to Islam.

Boko Haram’s leader Abubakar Shekau said the girls would not be released until detained militants of the group were freed from prison.

The Nigerian government has reportedly ruled out negotiations on a prisoner swap.

From Nigeria To Cameroon, Boko Haram Kills One Chinese, Abducts 10 Others