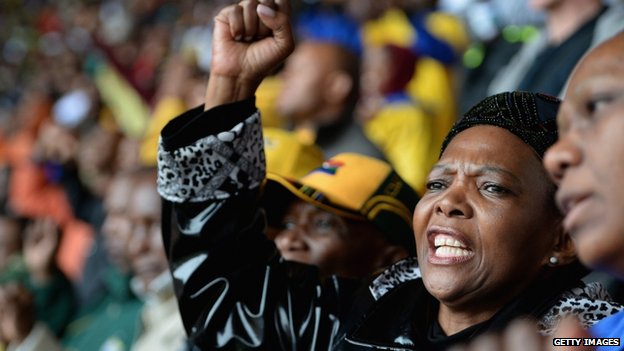 The ruling African National Congress (ANC) is in an early lead as vote counting commenced in South Africa.

Pansy Tlakula, Independent Electoral Commission chairwoman saido n Thursday in Pretoria that the ANC had 55.8 per cent of the vote after the results from nearly 20 per cent of polling stations had been counted.

Millions of South Africans went to the polls on Wednesday in the country’s fifth general election since the end of Apartheid.

She said the ANC’s nearest rival, the Democratic Alliance, held 31 per cent of the vote as it looks to make up more ground after polling 16.7 per cent nationwide at the last general election in 2009.

Tlakula said that 95 per cent of the voting stations managed to open in time and there were no major glitches.

“The most pressing challenge we are facing is the extreme high turnout in urban areas. It should be remembered that we have the highest number of voters registered in South Africa’s history,” she said