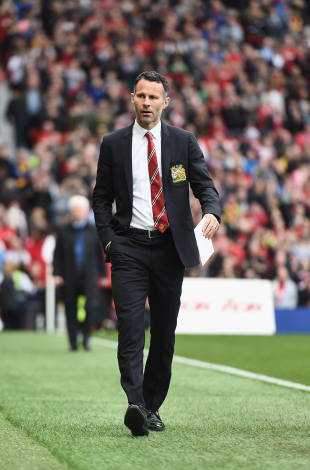 Ryan Giggs revealed he had a sleepless night as he considered his team selection ahead of his first game in interim charge of Manchester United.

United ran out 4-0 winners over Norwich City at Old Trafford, with Juan Mata surprisingly relegated to the substitutes’ bench, and Giggs was delighted to get off to such a superb start after stepping into David Moyes’ shoes earlier in the week.

“To win 4-0 is a dream day for us,” he said. “It’s always nice to end the game like we did. We looked like we were scoring goals, not just the response of the players.

“The first half we were a little bit slow, but I just reminded them that the tempo needs to be quicker and they reacted well to that.

“I didn’t sleep last night [because of the team selection]. Players on the bench, leaving the likes of Juan Mata out of the starting XI was a difficult decision and a position I’ve never been put in before. And it was really tough. I’m interim manager but I’m also one of their teammates, so it was tough to leave them out.

“But you’ve seen the response of Juan. That’s a true professional, to not moan and not sulk and come on and perform like he did.”

Giggs also insists he has given no thought to what the future holds and whether he will argue his case to be given the job on a full-time basis. He added: “It’s not something that I’m thinking of at the moment, just these four games. It’s taken so much out of me this week that I’ve not really had time to look too far into the future. My next job now is to get the players ready for Sunderland.

“All of us have let ourselves down this year. We haven’t played to the ability we’re capable of. Every time you play for United you have to keep to that standard and the standard that we set today was excellent.”

Regarding the rumours Louis Van Gaal is favourite to take charge next season, Giggs said: “The club has just said to me, ‘You’ve got the job for four games’ – that’s one down and three to go. I’ll do the job to the best of my ability and after that we’ll see what happens.”