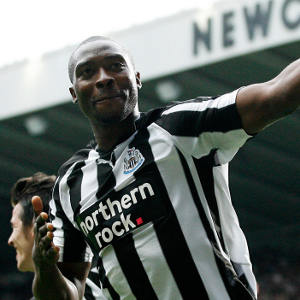 Ameobi put Alan Pardew’s men ahead with his 23rd minute strike before bowing to a brace from Cote d’Ivoire’s striker Wilfried Bony.

The lanky forward received a pass from De Jong in the six yard box, turned and rolled it past goalkeeper Michel Vorm who was in impressive for the visitors.

“I Decided To Return To The Nigerian League Because ….” Kaita Explains Enyimba Switch