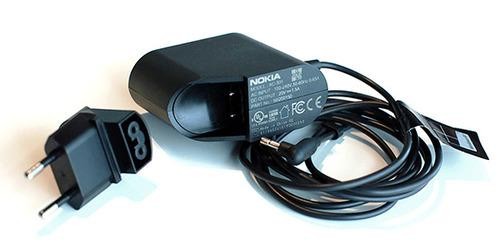 Finnish telecom company Nokia on Thursday recalled 30,000 chargers for its Lumia 2520 tablet due to a risk it could give customers an electric shock.

The AC-300 charger, manufactured by a third-party supplier, was sold in Austria, Britain, Denmark, Finland, Germany, Russia, Switzerland, and the U.S.
The Lumia 2520 is the first tablet by Nokia, once the world leader in the mobile phone industry but which lost its top place to South Korea’s Samsung in 2012.

“The plastic cover of the charger’s exchangeable plug could come loose and separate,” the company said in a statement. “If loose and separated, certain internal components pose a hazard of an electric shock if touched while the plug remains in a live socket.”

The Finnish company said the problem was detected during an internal quality control process and that no consumer incident had been reported so far.

Nokia advised all customers to “suspend use of the charger until further notice.”

“We’re working with all our suppliers to minimize the inconvenience,” the firm said on its website.

The sale of Nokia’s mobile phone and tablet business to U.S. giant Microsoft is expected by the end of this month.

The unit, once a pioneer of the mobile phone world but now relegated behind the likes of Apple and Samsung, reported losses of €780 million ($1.08 billion) last year.