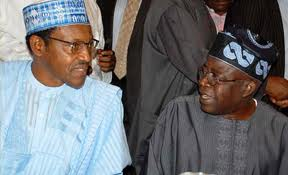 With the 2011 presidential election result as shown below,

Dear readers, I have reproduced the 2011 presidential election for your convenience and information.

With the above results, nobody should lose sleep over a Buhari/Tinubu Janjanweed Muslim-Muslim ticket in 2015.

The whole truth is that in 2015 presidential election not much will change in respect of voting from 2011.

The truth is that Dr Goodluck Jonathan will win Osun, get more votes in Edo, and all the South Western states. Get more votes in Benue, Adamawa, Gombe and Niger states than what he got in 2011.

The 2011 presidential election results have actually shown the majority religion in Nigeria. The 2015 election will just be a confirmation.

Therefore, we the progressive of the Nigeria article writers association hereby appeal to this APC otherwise called the Angry People’s Congress to please give us the Janjanweed Muslim-Muslim ticket of Buhari/Tinubu. This will be the easiest opponents to beat.

Form today, I will start fasting for the Janjanweed ticket to be actualised by APC.

After all has that not been the reason why Jama atu Nasir Islam (JNI) has been sponsoring Boko Haram to kill Christians in the North?

Has this not been the reason why JNI and Sharia people in Northern Nigeria have been kicking against the inclusion of religion and tribe in the National census?

Fielding the Janjaweed Muslim-Muslim Buhari/Tinubu ticket is a welcome development. The Christians in Nigeria will have their laugh at last.

We thank you Jesus Christ for answered prayers.

The JNI using Boko Haram have failed but rather more Muslims have been killed than Christians. This simply is the act of God and not man.

As it is now, my friends like Mohammed Haruna, Aliyu Tilde and Dr Sani Mohammed has my sympathy.

Opinion: Akwa Ibom Must Produce The Next President Or Else

Banky W: My Thoughts On The Arik Air Flight Debacle