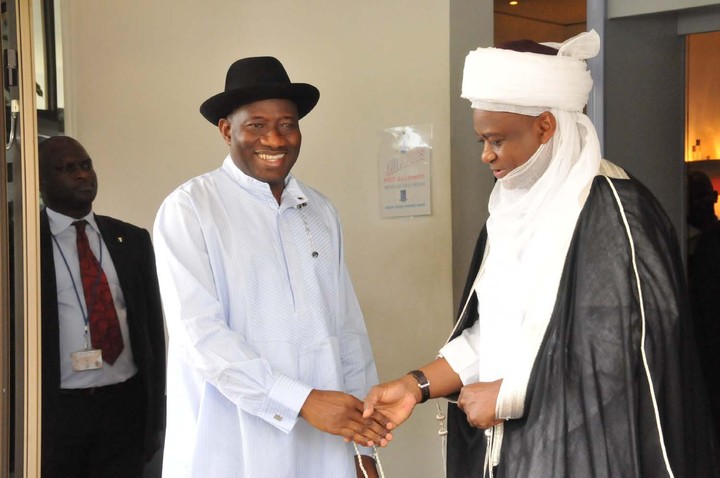 Nigeria’s President, Goodluck Jonathan seems to be at a loss over why Governors of North-West states like  Kebbi, Kano, Jigawa, Sokoto, Zamfara and Kaduna have failed to sponsor the annual pilgrimage of Christians in their states to Jerusalem. This was discovered last Wednesday when Jonathan met with a delegation from the Nigeria Supreme Council for Islamic Affairs, NSCIA. The delegation was led by their President, the Sultan of Sokoto, Sa’ad Abubakar, and the Secretary General, Ishaq Oloyede.

Jonathan was responding to the alleged marginaliation of Nigerian Muslims as raised by the delegation when he revealed his discontentment with muslim leaders from the Northwest.

“I still don’t understand why governors from especially the North-West do not want to sponsor Christians to Jerusalem,”

“If you sponsor Muslims to Mecca, you have to sponsor Christians to Jerusalem. If you don’t do that it is marginalization and it is unfair to Christians.”

He stated that during his tenure as Governor of Bayelsa State, South-South, Nigeria he consistently sponsored Muslims to Mecca for pilgrimage despite Islam being considered a minority religion in the state.

He urged the Sultan and members of his delegation to help guide governors against forms of religious discrimination.

In turn, the Sultan asked President Jonathan to ensure the ongoing National conference succeeded. They have been recent claims that the composition of delegates at the conference showed that they were far more Christians than Muslims in the conference.

While reacting, President Jonathan claimed not to be aware of the implications of the demographics and promised to look into that. He also asked the Sultan and his entourage to inform Muslims across the country that he will never knowingly take actions which will be unfair to any religion or group in the country.