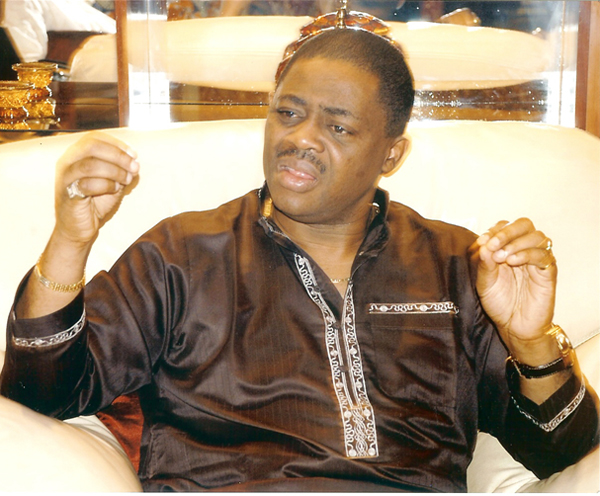 ‘I see arrogance. I see harassment. I see it’s either our way or no way by the same group who felt the country belongs to them only- the people who are holding this country by the jugular at this conference.

But gone are the days when any part of Nigeria can be intimidated, can be coerced or harassed into submission. The majority of Nigerians have realized that 50 years of their domination, albeit illegally, has come to an end.

Chief Odunmorayo’s words shall go down in history as being a prophetic and final warning to a people that have lost touch with reality and that feel that they must always have their way in Nigeria.

The message is loud and clear and it basically says that there are no more slaves and slave-masters in Nigeria. It says that we are all equal before God and we will never go back to the old days of northern masters and southern serfs.

If the north walks out of the conference simply because they are not allowed to operate what amounts to an effective power of veto when it comes to voting, then they may as well walk out of Nigeria as well.

And if they do so, to hell with them. It is time for the south to begin to come together and insist on their rights. Some things are way and above party politics and they are basic and fundamental- this matter is one of such things.

The north does not own Nigeria and the rest of us do not live for them or at their beck and call. We all own this country and the wishes of the north cannot be forced down the throats of the south.