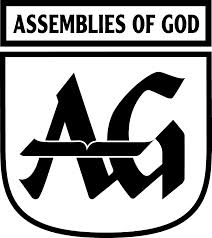 Tension is mounting in the Assemblies of God Church Nigeria (AGN) following suspension of the General Superintendent (GS), Rev. Paul Emeka, over his alleged misconduct, highhandedness and financial misappropriation in the administration of the church.

Speaking to newsmen in Owerri, the Imo State capital, the acting General Superintendent, Rev. Dr. Chidi Okoroafor, disclosed that the decision to suspend the former GS was taken at the just concluded meeting of the General Committee held on Thursday March 6, 2014, in the Conference Hall of the National Secretariat, Enugu, after the committee had deliberated on the implications of his action on the image of the church worldwide. But ever since the authorities took the decision to suspend the GS, tension had continued to mount in the church as members were divided over the suspension.

In a letter dated March 6, 2014 titled “Re: Rev. Prof. Paul Emeka, former General Superintendent, Assemblies of God, Nigeria” and signed by Rev. Dr. John Ikoni, Rev. Dr. Chidi Okoroafor and Rev. Dr. Vincent Alaje; the General Secretary, Acting General Superintendent and General Treasurer respectively, they maintained that their decision to suspend the former GS was hinged on the constitution which the GS acted against by dragging the church to court without first bringing his grievances to both the General Committee and the Executive committee members.

The church also accused the former General Superintendent of being autocratic, and involved in financial mismanagement; abuse of power and “above all took the church to court which tantamount to tarnishing the image of the church and bringing it to public ridicule.” While calling on members of the church to stop relating with Rev. Paul Emeka as GS of the church, the committee maintained that he had “ ceased to function in any of the duties assigned to the Office of the General Superintendent in the Constitution and Bye- Laws of the General Council of Assemblies of God, Nigeria, with effect from Thursday March 6, 2014.”

In a swift reaction, the suspended General Superintendent, however, said that those allegations were targeted at discrediting him, adding that those who are championing the suspension issue are doing so because of their selfish and parochial interests. “Some leaders at the top of the hierarchy of the Assemblies of God who are championing this to achieve their political and leadership ambition may be happy now that they are serving their purpose, but they will be shamed,” the embattled cleric said.

Report read in in the National Mirror