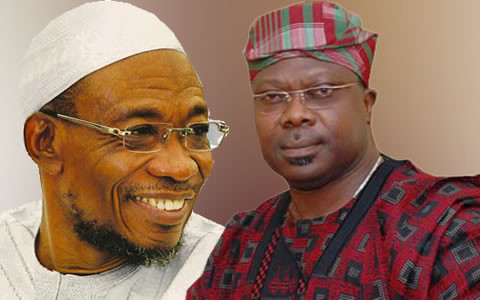 People’s Democratic Party gubernatorial aspirant in Osun state, Senator Iyiola Omisore has revealed that his life is under threat. He made this allegations yesterday through a statement by his media aide, Mr Diran Odeyemi. He claims people are threatening to kill him and he also called on the Police to protect his life.

The statement made in Osogbo lays claim to the allegation that leaders of All Progressives Congress and incumbent Governor of Osun state, Rauf Aregbesola have been talking about bloodshed incessantly. Omisore called on security agents to extend a warning to them.

“Otunba Iyiola Omisore has been receiving threat messages and this is a dangerous sign. We don’t want what happened to Funsho Williams in Lagos State when he was about to be nominated to happen to him.

“We are calling on the police and the Federal Government to ensure that Omisore is secure. Security agencies should monitor Mr. Rauf Aregbesola and caution him because he has been mentioning bloodshed since.

“The police in the state should be at alert, more men should be deployed to monitor the ongoing continuous voter registration exercise.

“We are urging our people to remain calm and only fight with their votes,” the statement read.

Omisore also called for the removal of Ambassador Rufus Akeju as the Resident Electoral Commissioner in the state.