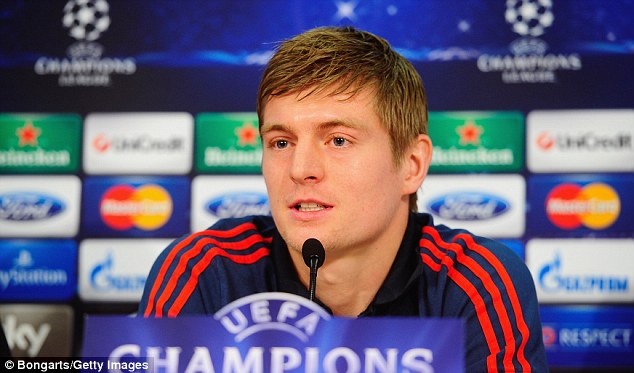 There is a possibility that 24 years old Bayern Munich midfielder, Toni Kroos may move to the English Premier League this season. His current deal expires in the summer of 2015 and has been linked with a move to Manchester United.

While speaking ahead of Bayern Munich’s Champions League second-leg tie against Arsenal on Tuesday, Kroos suggested he could be lured to the EPL.

“Nothing has been decided about my future,”

“It’s no secret the Premier League is an option for me,” Kross said.

Speculations are rife in Germany that Kroos is only pushing for an improved deal from Bayern indirectly.

Bayern Munich manager, Pep Guardiola however believes he is keen to keep the player and make him even better.

“I have told him I can make him an even better player,”

“I hope I will have him many seasons,” Guardiola opined