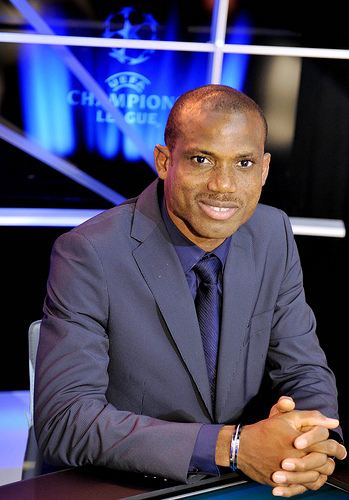 As We observed Germany,authoritatively dictate terms to Europeans on how the current crisis in Ukraine & other issues are to be settled and enumerate consequences to wrong doers,we could not help but see similarities in size,magnitude,potency etc with my Homeland Nigeria, but still wonder why we do not carry such similar might and respect.

For decades we have flattered ourselves with the term “Giants Of Africa” and it seems this erroneous terminology is blinding us from progression and taking our rightful place in the world.Which should be : one of the Giants of the world!

Nigeria is by every means a Gigantic and extraordinarily Rich Nation! In the same class as the USA,Germany,United kingdom,China,Russia,India . And this is not just flattery but read along and you will know why we feel so.

You may be asking yourself, if this is really true, how come the quality of life for Majority in Our beloved Nigeria, is in no way near that of the aforementioned nations? It starts with You and I!

What makes a Nation a Giant?

To lay claim to being gigantic,certain elements have to be present:

The size of Human Resources.This is dependant largely on your population. (170,000,000) 170 Million people,( 3 times germany and half of the United States of America)

It is believed that Nigeria has the most underutilised Arable Land in the World!

How on earth could you have half of the above and not be a Giant? How is it possible to not walk toe to toe with the world super powers?

Could it be because we are lazy? blind? uninformed or just plain sleeping Giants?

We know how to get rich, but not Wealthy

Some may ask what’s the difference,if you are rich you are equally wealthy no? Well rich you get to live well with no financial problems and “maybe” your kids.

When you are wealthy ,your grandchildren, great grand children will have nothing to do with finacial problems.

This you can only achieve by Wealth investment in ventures that keep “multiplying” and cannot be taken away. Eg Coca Cola,hotel chains(Hilton hotels) etc

Nigeria is more than crippled by this social ill.Ever since i knew life ,it was a regular sight to see officials take a bribe to look the other way, and It is kind of like embedded now in our DNA.

Example: A westerner might be responsible for 100 dollars,spends 90 on the contract he is burdened with and “pocket” 10, the opposite is what happens in mother Niger.

Most Nigerians think and do believe that the Government is a third party. You read or herar terms like “no worry,na Government Money” not understanding that the government is them.

What is the Government by the way?

Certain Riches and resources(like Oil,Gold etc) belong to a nation and cannot be owned directly by individuals,it is collective wealth. Certain decisions that concern the country have to be decided urgently etc To decide this on behalf of the whole populace a group of people are elected,chosen or appointed,and delegated the powxer to manage this kind of issues on our behalf. These people are the Government!

In fact the Government is indirectly you and me. So inactivity by the government or “Government Money” is our money my brother and sisters. Anybody who enriches himself from the government funds is stealing from me and You! Got it now? 🙂

Nigeria is A Giant!

From the above we are definitely Giants but a sleeping one ready to be awakened!

When major decisions get taken in Africa and the world,without consultation with the most populous Black nation in the world (Nigeria) it is not only unjust but a slight on our importance but that is rightfully because we do not act like Giants!

We should have a bigger say in CAF (confederation of African Football) for example, because without Nigeria,there is no African commercial football and the millions it brings into CAF’S coffers!

We are so bent on infighting that we forget to unite and get collectively wealthy at the detriment of other nations and not our own brothers and sisters!

In summary we are definitely Giants,but Giants with a huge “luxurious” problem. Luxurious i say because,the solutions to these problems are present in our country and abundant.

This Sleeping Giant Called Nigeria,just has to wake up and the world will be ours to Explore otherwise we will break!

Related Topics:NigeriaEducationopinioncorruptionSunday Oliseh
Up Next

Yoweri Museveni: Those Who Agreed To Become Homosexuals Should Be Harshly Punished