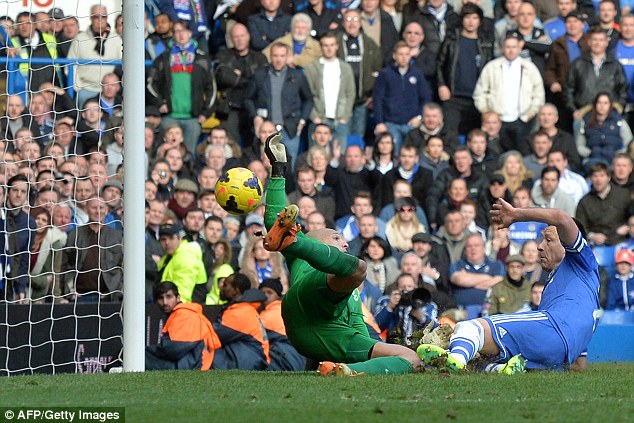 Chelsea skipper, John Terry made headlines on Saturday as he scored Chelsea’s lone goal in injury-time; a goal which won his team 3-points in a 1-0 win over a dogged Everton side

“I certainly hope I can stay. You’ll have to ask the club that question – I can’t answer for them,”

He also spoke about the important winning goal which condemned Roberto Martinez’s men to defeat.

“Recently dropping points away to West Brom, it’s important to pick up three points at home,” he said.

“We’re top of the league and sitting well. It’s down to the others now to catch us.

“[It was a] great ball from Lamps, [I] just managed to get a touch on it and I think it came off Howard in the end as well but [I’m] delighted with the win and the three points.

“They made it quite difficult but they’re a very good side and playing well under Martinez and it was a tough game today.”