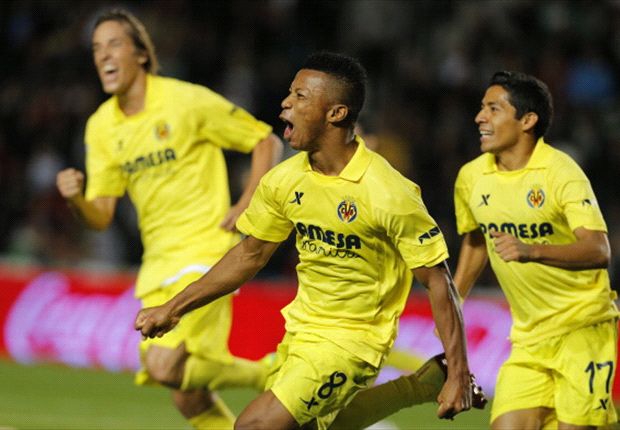 Villareal striker, Ikechukwu Uche may not make Nigeria’s World Cup list as Coach Stephen Keshi has revealed he has problems with the light-skinned attacker’s discipline.

Uche has netted 12 goals for Villareal in the Spanish La Liga this season but was overlooked by Nigeria’s coach, Keshi for next month’s friendly match with Mexico.

Stephen Keshi has told the Nigeria Football Federation (NFF) technical committee why the player was not called up
According to MTNFootball.com, a top official of NFF revealed that “Keshi said Ikechukwu (Uche) is not disciplined and that was why he did not call him up for the Mexico game”.

Uche had revealed already that he will not be surprised if he does not make Nigeria’s Brazil 2014 squad despite his goals in the Spanish top flight.

Balotelli Insists He Is Happy At Milan