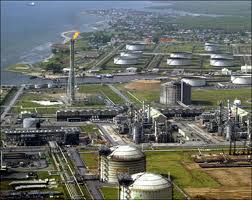 An oil exploration project run jointly by the Northern states is being threatened by shortage of funds, unfavorable regulatory policies, insecurity and ineffective foreign technical partnership.
The New Nigerian Development Company (NNDC), which is owned by the 19 states of the North, is handling the oil search in the Chad Basin and the Benue Trough since 2005 when it won four oil blocks in a Federal Government bidding process.
But work has stalled because of a combination of factors, chairman of the company Dr. Ahmed M. Muhammed told Daily Trust in Kaduna.
He said among the threats to the oil exploration project is the non-conversion of the production sharing contract, lack of adequate seismic data, as well as certain policies by regulatory agencies.Daily Trust learnt also that workers at the project site in Kukawa, Borno State, have since fled the area because of security concerns.
In 2005, the government of President Olusegun Obasanjo included the northern sedimentary basins into the oil round bidding process, and NNDC won four oil blocks there.
The company was granted licence by the Department of Petroleum Resources (DPR) to operate OPLs 809 and 810 in the Benue Trough and OPLs 722 and 733 in the Chad Basin.
Explaining the delays suffered in the exploration work, Muhammed said, “The agreement signed with the NNPC is a Production Sharing Contract Agreement instead of Sole Risk Agreement. NNDC being an indigenous company whose aim is to harness the economic potential of the North is supposed to have been awarded the blocks on Sole Risk not PSC.”
He said PSC agreement is usually signed between multinational companies and not indigenous companies, and that “the need for the conversion of the PSC to Sole Risk is paramount.”
The NNDC found itself in the oil exploration business in the North after Shell, Elf and Chevron abandoned an earlier work in 1994, following a Federal policy that mandated any company awarded a block in the Niger Delta to carry out exploration of an additional block in the Benue Trough.
This was aimed at encouraging multinationals operating in Nigeria to venture into exploration of the Northern sedimentary basins.
“The policy has not yielded positive result as they abandoned the exploration program after they acquired few seismic lines (2D) and drilled one well on each of the blocks,” Muhammed told Daily Trust.
Since NNDC entered the scene in 2005, acquiring the second phase of the seismic data constituted a big problem for the company.
“A critical portion of 2D seismic data acquired by Shell on OPL 809 could not be obtained from the data set purchased by NNDC from DPR. If NNDC is to acquire the data, it will cost the company between US $1.2 and $1.5 million and it will take a time frame of between 12 and 18 months to acquire the data,” he said.
Muhammed also said Damman Oil was imposed on NNDC as a Local Content Vehicle (LCV) but that this was unnecessary since NNDC itself is a local company. He added that the imposition has constituted another hindrance to the smooth-running of the project.
“NNDC as a 100 percent indigenous Nigerian company does not need any other company to act as its Local Content Vehicle,” he said.
Muhammed said also that lack of data on oil blocks in the Chad Basin is another challenge.
“Despite the fact that NNDC had signed an MOU with Gazprom Nigeria Limited, the Nigerian subsidiary of Gazprom of Russia on OPLs 810, 722 and 733 with a view to driving developments on the three oil blocks, the necessary data on the oil blocks is yet to be acquired by NNDC,” he said.
He said the MOU which was for six months has since expired, though there is option for renewal.
In spite of the challenges, Muhammed said, the NNDC is still keen in continuing with the project. He said the project will be funded from the proceeds to be generated from the recapitalisation of the NNDC, which has already begun. Recently, the company put up some 20 “moribund” houses for sale in Kaduna, to generate N2 billion, as part of a process to shore-up its capital base.
On the progress so far, Muhammed said the company has signed a memorandum of understanding with the African Finance Corporation (AFC) for the generation of 20mw of electricity from the gas potentials of the Benue Trough which are estimated at 33 billion cubic feet of gas.
“Consequently, the incorporation of a joint venture SPV (Nasara Energy Limited) for the development of hydrocarbon in OPL 809 has commenced. Other prospects envisioned include the expansion of capacity for generation of more electricity as well as a fertilizer project. A preliminary review of data on OPL 810 also located in the Benue Trough indicates that there is 9.25 billion cubic feet of recoverable gas there,” he said.
“Arising from this relationship, another review of the gas potentials of the OPLs in the Benue Trough was conducted by Parsons Brinckerhoff (PB Power) of the United Kingdom with a view to the establishment of a gas powered IPP.”

ASUU Yet To Receive Allocations Agreed Upon With FG