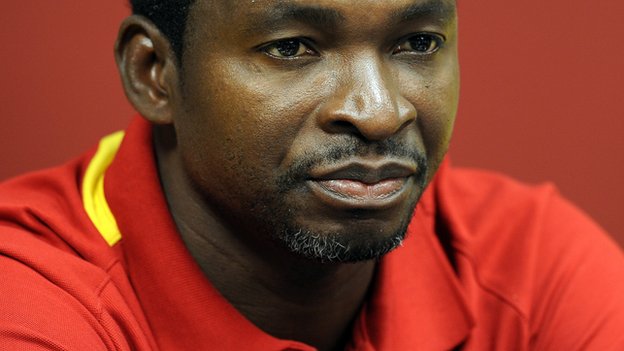 Bloemfontein (South Africa) – ”We purposely stretched the match into penalty shootout because we knew that Nigeria did not know how to play penalty,” says Ghanian Coach, Maxwell Konadu.

Konadu made the statement at a post match interview on Wednesday after Black Stars defeated Super Eagles 4-1 on penalty to qualify for the final of the third African Nations Championships (CHAN) in South Africa.

Ghana will on Saturday at the final meet Libya which earlier defeated Zimbabwe 5-4 also on penalty shootout.

The full and extra times had ended goalless.

Konadu said that although the Eagles were better tactically, the team lacked penalty shootout scoring skill.

According to him, the Eagles would have scored within the 90 minutes time of the match but his boys matched them one on one to stretch the match to the penalty shootout.

The forcefully contested match was marred with several yellow cards and one red card against the Stars with many players on each side seriously injured.

The Eagles, however, failed to utilise the 11 players against 10 for about 70 minutes to score during the match.

Coach Stephen Keshi said that he was looking forward for the third place match on Saturday against Zimbabwe.

The third and the final matches will be played at Cape Township Stadium, Cape Town, South Africa on Saturday.