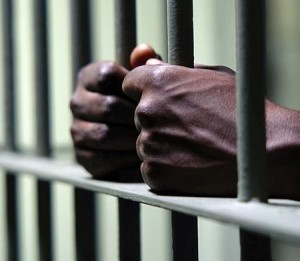 The recent report of impending implementation of repatriation of prisoners’ agreement between Nigeria and Britain will definitely not come without controversy and clash of cultures and morality. Nigeria is the biggest country in a continent the so called developed countries of the west see as a dark continent and equally as a pawn in the game of international politics and neo-colonialism. The influence Nigeria wields in comity of African union is definitely one with potency as it affects the actions of other smaller and weaker African nations.

Following a meeting in 2011, President Goodluck Jonathan and United Kingdom Prime Minister David Cameroon signed a Prisoners’ Transfer Agreement (PTA) which will see James Onanefe Ibori, a former governor of Delta State alongside other 751 Nigerians in British prisons transferred to complete their jail terms in Nigeria. Ibori was sentenced to 13 years in prison for corruption and money laundering charges at the Southwark Crown Court 9 in London, in April 2012, and has been incarceration in that country. The two countries extolled the agreement and benefit of it to the relationship that exist between the two countries. The question that comes to mind at the mention of the relationship between the two countries is what kind really exists? Master – servant type or is it paymaster – piper kind of relationship? Is it a relationship existing in a neocolonial atmosphere?

Britain must have calculated the cost of feeding and keeping over seven hundred Nigerian prisoners including Ibori the former Delta state boss when Nigeria is keeping fewer or no British prisoners and saw the gain of initiating the agreement. The agreement has been reached and the first prisoner exchange is expected to take place before the end of this year which coincidentally is the year Nigeria’s president signed into law the anti gay legislation which has attracted wide acceptance across Nigerian populace. Gay practice is lawful in Britain and unlawful in Nigeria just as polygamy is lawful in Nigeria and unlawful in Britain. What happens when a Briton in Nigeria is convicted of gay practice and sent back to Britain to complete his gaol term or a Nigerian in Britain is convicted of polygamy and sent to Nigeria to complete his gaol term? Your guess is as good as mine.

Nigeria’s Minister of Justice and Attorney General of the Federation, Mohammed Adoke, said the bilateral agreement allows the return of prisoners to serve out their sentences in their home country, where both jurisdictions are in agreement meaning its likely not to apply in cases of polygamy and gay practices which invalidates whatever good the agreement has to offer. UK Justice Minister Jeremy Wright said: “Removing foreign national offenders is a key priority for the British government and the prisoner transfer agreement I signed this morning with the Nigerian attorney-general plays a significant role in supporting this.

“Both the United Kingdom and Nigeria have prisoner transfer arrangements with other countries and it is right that our two countries, which have such strong ties and shared interests, should develop our own arrangements.”I strongly believe that this agreement will have significant benefits for both our countries.” This statement can only come from a gloating government official full of self importance for securing a very advantageous agreement in an international political arena for his home government. This agreement can only be likened to the type American government had forced on her puppet countries to sign. Few years ago, American government signed agreement with various governments of the world that no matter what the offence is, their soldiers will never be tried and prosecuted by these governments even if in a situation of war crime. The agreement states that the soldier(s) in question should be sent back to almighty American government for appropriate action. Is there any better way of telling these governments that they are less effective and lack what it takes to handle an American citizen?

The magic wand that makes all the difference in international relations between the so called first world and others is aide. Seville nations are willing to give up their identity for little penny they collect from bully nations and that explains partly why they have remained at the back seat of the world in every sphere of life. Our leaders prefer going hand in cap for aid to building a stronger economy that will stand without aide. Money we spend in other countries yearly is almost equivalent to Nigeria’s yearly budget. If we can create a system that will force half of it to be spent within our economy, I do not think every Dick and Harry will have the guts to tell us what to do or stand the chance to losing their monetary hand outs.

For instance, the total of school fees Nigerian students in Ghana pay yearly is equivalent to 38% of the Ghanaian GDP and Nigerians pay billions of naira as school fees to U.K and U.S higher institutions every year not to mention other countries like Ukraine, Cyprus, Belgium, Canada, South Africa, Sweden, Netherlands, etc. This is just monetary drain from educational sector alone and one cannot but cry for this nation if we were to add what we lose to other nations from other sectors. For example, one cannot imagine what we lose from health sector until we peep into the revenue India alone rakes in from Nigerian patients every year. Do we now look into other sectors like tourism, manufacturing, agriculture, banking, etc. If our leadership can take decision and swear to their own hurt to put in place a suitable measures that will see that at least half of these monies are spent here in Nigeria, then in not more than four years, Nigeria will be giving aide not receiving it and that will bring back our dignity as a nation. This will guarantee that we take decisions concerning our dear country without attracting unwarranted insults from countries that we should be bailing out if we put our acts right.

Tunde Leye: The Sorry State Of Our Primary Schools