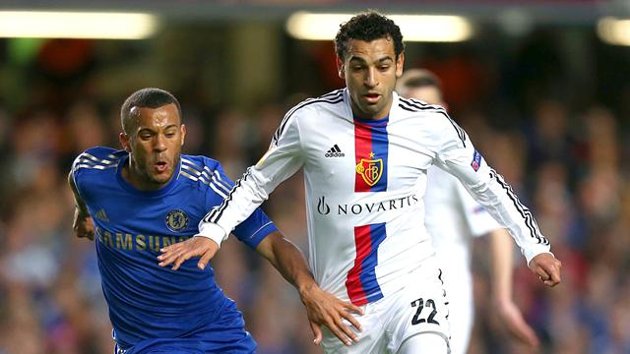 Mohamed Salah will complete his move to Chelsea in the coming days after the Blues confirmed that they have agreed a fee with Basel.

The 21-year-old Egypt international has yet to agree personal terms, but he is expected to agree a move to Stamford Bridge assuming that he passes a medical and is granted a work permit.

Salah had been long linked with Liverpool and was expected to be their big January capture, but Chelsea made a late move to secure the player in order to fill the hole about to be left by the outgoing Juan Mata and Kevin de Bruyne.

Dubbted the ‘Egyptian Messi’, Salah had represented his country at every level by the age of 19 catching the attention of several clubs during the London Olympics in 2012 where he scored three goals in four appearances.

He joined Basle as a replacement for Xherdan Shaqiri of Bayern Munich, and scored in his second appearance for his new club in the Swiss League against Lausanne.

He scored in against Spurs in their win over Chelsea’s London rival in last season’s Europa League quarter-finals while he also netted against Chelsea in their 5-2 loss in the semi-finals.

He was touted for a move to Chelsea during the close season, but it seems their interest has been revived after Salah netted in a 2-1 win in the Champions League in September before netting the winner home soil against Jose Mourinho’s men in November.

He has made 24 appearances for Basle this season, scoring six times.

Related Topics:sportsChelseaChelsea FC
Up Next