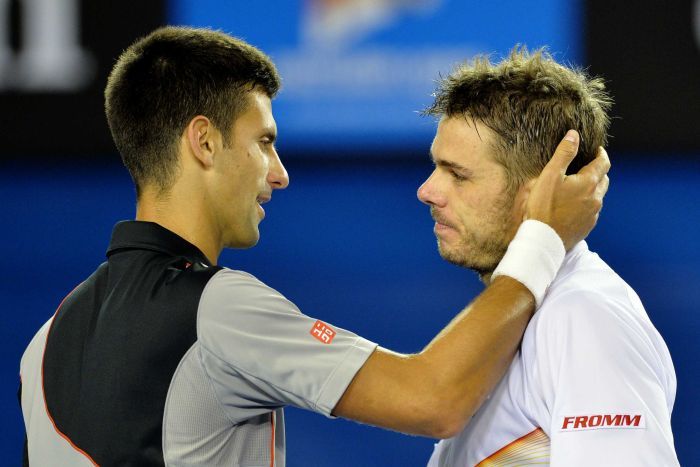 Stanislas Wawrinka has caused one of the biggest upsets of the Australian Open as he ended the three-year domination of Australian Open champion, Novak Djokovic with a quarter-final victory.

This Djokovic’s first loss under new coach, Boris Becker. The defeat also brings to an end a winning streak of 28 matches on tour – and 25 matches over three years in Melbourne.

His last defeat in the Australian Open – which he also won in 2008 – was back in 2010 when he was ill and lost in the quarter-finals to Jo-Wilfried Tsonga.