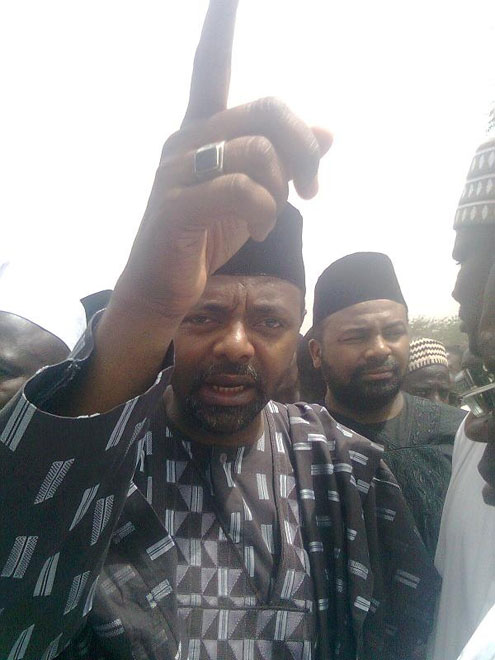 The Supreme Court on Friday in Abuja dismissed an appeal filed by Mohammed Abacha, son of late former Head of State, General Sani Abacha, against his prosecution for corruption.

The apex court in a unanimous judgment led by Justice Olukayode Ariwoola, therefore, ordered Abacha to return to an Abuja High Court and face criminal charges bordering on corruption.

“The reasoning and conclusion of the lower court on the matter cannot be faulted in any way.
“It is only the trial court that is clothed with the jurisdiction to conduct a trial on the charges that will decide same, one way or the other, after hearing evidence.

“The issues are, therefore, resolved against the appellant who should go and face the music.

“The Supreme Court upholds the decision of the lower court and dismisses the appeal as lacking in merit,’’ the court said.

The News Agency of Nigeria (NAN) reports that Abacha is standing trial before an FCT High Court on a 123-count charge preferred against him by the Federal Government.

Abacha’s offence is said to contravene the provisions of Decree 53 of 1999 which pertains to possession and forfeiture of monies and properties that are corruptly acquired.

Section 6 of the decree states that “any person who contravenes or fails to comply with any of the provisions of sections 2, 3 or 4 of this decree commits an offence and is liable on conviction to imprisonment for a term of two years without an option of fine.’’

The lower court had in its judgment held that the appellant is liable to prosecution for being in possession of state funds and property he acquired from his late father.

He had unsuccessfully attempted to foil his prosecution at the trial court following which he approached the court of appeal, where he lost again and went to the Supreme Court.