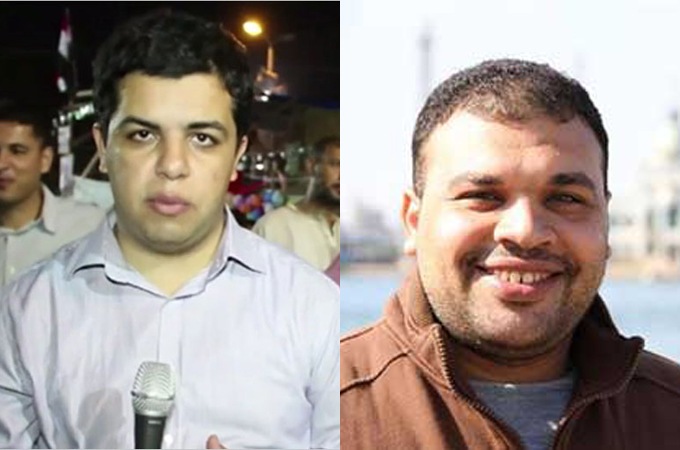 More than 40 journalists and editors have signed a statement demanding the immediate release of three al-Jazeera colleagues accused of helping the Muslim Brotherhood in Egypt.

Senior figures from the BBC, New York Times and CNN are among the signatories.

The letter calls for an end to their “arbitrary imprisonment”.

It also calls for the release of fellow journalists, some of whom have been held in Egypt for over five months.

“The arrest of these journalists has cast a cloud over press and media freedom in Egypt,” the letter says.

“We strongly believe that upholding the rights of journalists and permitting the free flow of information is vital to bringing about greater understanding and serves the best interests of all Egyptians and the world.”

The BBC’s Middle East editor Jeremy Bowen and chief international correspondent Lyse Doucet are among the senior media figures who have signed the statement.

Mr Greste, Mr Fahmy and Mr Mohamed were remanded in custody for 15 days on 31 December, and their detention was extended for a further 15 days last Thursday.

They are being held in “harsh prison conditions”, says a news release accompanying the statement.

No charges have been brought, but reports suggest the men are accused by prosecutors of belonging to an illegal terrorist group – the Muslim Brotherhood – and helping promote its objectives.

They are also accused of broadcasting “false news… that undermines the national interest”.

At least five other journalists have been detained for over five months in Egypt, says the Committee to Protect Journalists – Metin Turkan of Turkish Radio and Television Corporation; Abdullah Al-Shamy and Mohamed Badr of al-Jazeera; Mahmoud Abdel Nabi of Rassd Online News; and freelance photographer Mahmoud Abou Zeid.

Al-Jazeera spokesman Ghassan Abu Hussein has called the journalists’ detention an attempt “to stigmatise us, and further incite violence against our journalists working on the ground”.

Egyptian authorities have accused al-Jazeera of bias in favour of the Muslim Brotherhood since the army overthrew President Mohammed Morsi in July.