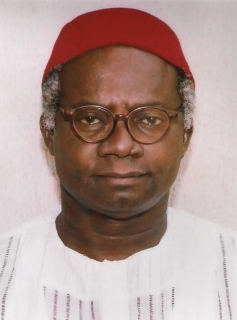 Conference of Nigerian Political Parties {CNPP} says capital NO to any attempt covertly or overtly to introduce religion into our body politic as evidenced by the Peoples Democratic Party {PDP}’s statement that,
‘Now that an Islamic cleric, Ambassador Yusuf Garba and the Religious Equity Promotion Council {REPC} have exposed the evil plot by the APC to balkanize our nation along religious lines by imposing an Islamic agenda just like the Egypt Muslim Brotherhood, the PDP wishes to make it manifest to all Nigerians to stand up and resist this evil machination by enemies of our dear country. …………This explains the reason the APC has been promoting violence, divisions and blood-letting across the country, which are all aimed at making the people lose faith in the Nigerian project; set the ground for massive mayhem, blood- letting and ultimately balkanize our country….’

The day CNPP witnessed mass exodus of PDP members – 5 Governors of the PDP, legislators and other prominent members – defecting to APC we sensed danger coming from the PDP and called on the APC to stop further admission of PDP members.

We never expected PDP to take the dangerous route of annihilation and therefore wish to remind the PDP that the best way to cushion the mass exodus of their members to APC is not by stocking the fire of religion to burn down the country; but by introspection and deep reflection on why are their members aggrieved.

In fairness we appreciate the desperation of the PDP to win 2015 general elections; however the core ingredient of every election in liberal democracy is a referendum on the incumbent, not on branding or demonizing the opponent.

Accordingly, we challenge the PDP to as a matter of urgent national importance to publicly state the steps the APC has taken so far to balkanize the country, the master-minds; failure of which we take it that the PDP is preparing grounds for the arrest, and detention of APC stalwarts and possibly the execution of the Abacha-scheme, Chief Olusegun Obasanjo mentioned in his letter to President Jonathan.

Otherwise how can PDP stoke fear and hate in an already traumatized country, without using the security agencies –NPF, SSS, NIA, DIA, DMI – under its command to thoroughly investigate the spurious propaganda statement dished out by a prominent supporter of the party?

Secondly, when has the Religious Equity Promotion Council innocuous remark take precedence over the assurances by Nigeria Inter-Religious Council headed by the Sultan of Sokoto and leaders of Christian Association of Nigeria?

Thirdly, is PDP saying that INEC contrary to the provisions of the 1999 Constitution of the Federal Republic of Nigeria, registered an Islamic party? For in our last count the Interim National Executive of the party has 18 Muslims and 17 Christians.

In sum, we urge all to eschew politics of religion and ethnicity.