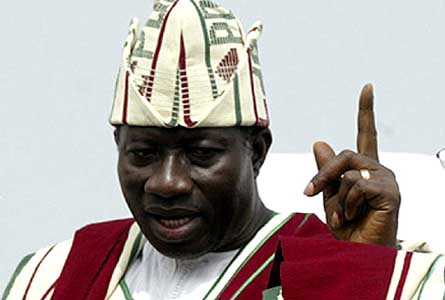 Do you love Nigeria as your Country without oil resources or you just want your opportunity to loot? As Ebele’s term ends, no amount of Party and family business distractions will control the oil sector. Nigeria/Biafra War boiled down to control of the oil resources. Isaac Boro did not die fighting Biafra so that the rest of Nigeria can hijack oil-loot forever. Ebele will “sell” to the rightful owners before Nigeria gets its hands on it again. I swear!

Privatization is the method Nigeria uses when we want to allocate other people’s money (OPM) to cronies and sympathizers. In this case, bootlickers know whose praises to sing and if they do it well even if they are far from the oil regions, they will be rewarded accordingly. Professional singers know that and they are already lined up for or against Ebele. It does not matter who is wrong or right or what letter is written by whom.

There are different ways to skin a cat. Ebele can use National conference to achieve the same goal or privatization or outright looting. There is a reason EFCC has no money but Ebele has already directed the coordinating Minister of the Economy and  Finance to make adequate financial provisions so that this conference will take off immediately we enter next year. Only few Nigerians still think there is a rational way to commandeer oil sector.

In his remark, the Chairman of the National Advisory Committee on National Conference, Senator Femi Okunrounmu said that the committee travelled extensively across the length and breadth of the country during which they interacted with the large cross section of the people across socio, economic and political divide.

OBJ O, Danjuma O, IBB O, Tinubu O, Ihejirika O, Gowon O, Iweala O, Lukman O etc. juggling for loot will find empty barrels of black gold. By the time Ebele and Co. finish this term in office, there will be nothing in reserve to pay a dog catcher. Ask the Arab, by the time chivalry got to south of West Africa looking for gold, tse-tse fly dealt severely with them. Gold had moved. If your reason for one Nigeria is to come back and loot again, Ebele has moved the loot home.
Look at these people fighting for what does not belong to them in the name of love for Country. It is immaterial whether Ebele will run for the second or third term or not, by the time he is ready to leave, most of these politicians will be fighting over another country, not Nigeria as we know it. It is a pity that Nigerians are arguing past one another without facing the real issue. The days of milking the oil sector for a few are gone.

All the noise about what Niger Deltans did or did not do with the resources given to them is history. The first mission is to gain full control of the sector. Then, they can settle who and who is looting, selfish or greedy within themselves. The first order of business is to gain control of all oil profits.
In the long run it might be cheaper to Let Niger Delta Go. The rest of the country has had their game on the chicken that lay the golden eggs. The golden eggs are dwindling and the chicken is getting old, Niger Delta must have the rest to itself.

Until lately, most of the billionaires that made it from the oil sector are far from the environmental disaster created by oil spill and of course, oil farming done by locals or damages done by fanatics destroying their villages.
Let us start by paying our politicians based on the amount of resources generated from their states. The cost of living does not have to be the same in every nook of the country because income from oil resources from one region is used to measure salaries, prices, inflation, and school fees even in the villages and small towns. It is hard to keep up with trillions and billions of unapproved or unaccounted for, in the books because it is OPM (other people’s money)

How long will the owners of Nigerian oil resources float on their riches is a different matter. The demand for oil is not as great as it used to be; Oil reserves were discovered in Lake Chad near the North and in Lagos, Imo and Ondo already have oil. United States is becoming energy efficient and oil divergent in its thirst to other renewable resources. Indeed, United States may become exporter of oil too. So the market for oil as we know is dwindling.

Even the Ijaws are surrounded by people who will never support their self-determination fight because they have been cheated or fought against, resulting in loss of lives and property of the Itsekiri, Benin, Ilaje, Urhobo etc. They will never be in the same country dominated by the Ijaw.
It is said that the heads of each Ijaw canoe house and Amayanabor are more powerful than the well-known political leaders that have perfected the act of lootings. Many of them are independent Nigerians that have fought Igbo, Yoruba and Hausa to a standstill in the past and will do it again.
Moreover, within the Ijaw, they are like the rest of Nigerians. So there are those closer in family history to the Yoruba sharing Adimu or Oduduwa with them. There are also those affiliated with the Igbo sharing variation in names. The Ahoada have more in common with Igbo than Ijaw. Bayelsa itself is made largely made up of sub-ethnic Ijaw, Nembe, Ogbia, Epie and Atissa of the Yenagoa land. They have unique cultures and languages. As it is commonly said, locally an Ogbia man is an Ogbia man, but in the national politics an Ogbia man is an Ijaw man.
The only unity amongst the Ijaw right now is their cause against Nigeria as a whole. People tend to support and empathize with the underdog. Sorry, Ijaw are no more the victim they used to be. They are actively looting their own resources in their comfort zone against the interest of their majority that worked hard, played by the rules and got educated instead of getting militant or terrorist training in Libya or Afghanistan.