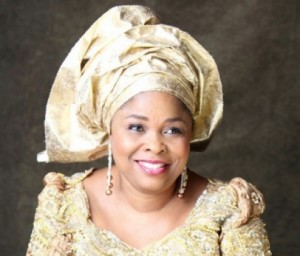 The First Lady of the Federal Republic of Nigeria, Dame (Dr.) Patience Faka Jonathan, has said that the women of Nigeria will continue to offer their support to Nigeria’s President, Dr. Goodluck Ebele Jonathan. The First Lady stated this on new year’s eve in Madrid, Spain at a reception hosted in her honour by Mrs. Bianca Olivia Odumegwu-Ojukwu, the Ambassador of Nigeria to the Kingdom of Spain.

Dame Jonathan noted that in line with the Beijing Declaration, President Jonathan was committed to ensuring that women were being given representation in government. She pointed out that women were also being given visibility in the Federal Cabinet by overseeing strategic portfolios such as Finance, Petroleum and Aviation among others.

While reiterating her passion for gender issues, especially female empowerment, Dame Jonathan disclosed that she has always tirelessly advocated for the inclusion of women in policy and decision making bodies at the highest levels. She maintained that this was borne out of her conviction that if women were given the opportunity; they were usually very effective, highly efficient and compassionate leaders.

Dame Jonathan commended Ambassador Odumegwu-Ojukwu for her competent leadership of the Mission and especially praised her efforts for the completion of the newly renovated Chancery and Ambassador’s Residence which the First Lady had earlier unveiled.

In her welcome address, Ambassador Odumegwu-Ojukwu acknowledged the work the First Lady had been doing to elevate the status of women in Nigeria, the African continent and beyond. She observed that the First Lady’s efforts at empowering women had motivated Nigerians at home and abroad to action. In particular, the Nigerian community in Spain had committed action to addressing the plight of women and the vulnerable in the society to such vices as human trafficking and drug abuse she said.

The reception was attended by the diplomatic community in Spain including the Heads of Missions, the business community and Nigerians resident in Spain.