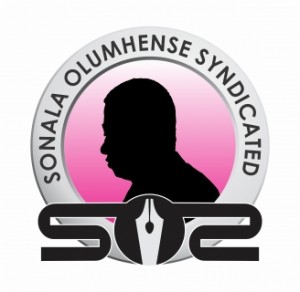 If you are a Nigerian, chances are you know someone who has spent an entire day, at least once, traveling the 140-mile Sagamu-Benin City road, or been killed trying to do so. Sagamu-Benin, sometimes referred to herein as “The Road,” is the only direct link between the eastern and western parts of Nigeria, and between her political and economic capitals, Abuja and Lagos.

It is a thirsty road, guzzling the blood of innocent Nigerians. In one accident, a friend of mine was able to find only her brother’s head, but no other part of him. In a well-publicized crash a few years ago, a vehicle ran over tens of people who had been forced to lie on The Road by armed robbers while being robbed.

On 23 September 2003, the Minister of Works, Adeseye Ogunlewe, announced that the government was losing an estimated N185 billion annually to bad roads, and had awarded 156 road contracts since 1999 at a cost of N302 billion, and describing the situation as “shameful.” At different times, desperate governments of Ondo and Ogun States have intervened to rehabilitate damaged portions of The Road in their areas, only to come under the attack of federal officials.

Sagamu-Benin is part of the Lagos-Mombasa, as well as Algiers-Lagos sections of the Trans-Africa Highway, and of Nigeria’s East-West Road. It is probably Nigeria’s most vital road. That is why it is in many ways a good way to study and analyze Nigeria.

In the 1970s when it was built by Dumez, travelers needed only a comfortable three hours between Benin City and Lagos. But that joy of easy travel lasted only a few years. Collapsing sections yielded the phenomenon of full-time, year-round budgeting for endless repair.

Traveling back, in terms of hot air and hot funds, here is some of what we know: On January 21, 2013, Minister of Works, Mike Onolememen, told a visiting Kogi State delegation led by Senator Smart Adeyemi that The Road, along with three others, would be completed before the end of the Goodluck Jonathan administration, using funds of the Subsidy Reinvestment and Empowerment Programme (SURE-P).

In April 2013, SURE-P was said to have invested N16.5 billion on The Road. Vanguard newspaper said the agency had (also) budgeted N21.7 billion to cover the dualisation of the East-West road. In December 2012 , Gabriel Amuchi, the Managing Director of FERMA, said that the “zero potholes” target set for the festive period on critical Federal Highways, naming one of them as the Sagamu-Benin Road.

In October 2012, Solel Boneh won a three-year $390 million contract to widen and pave the Sagamu-Benin road, and rebuild drainage and water channels. In September 2012, the government awarded a three-year contract for the reconstruction of sections of The Road, worth over N65b.

In September 2011, during a courtesy visit to Edo State Governor Adams Oshiomhole, Minister Mike Onolememen explained that the real problem with the Benin-Ore part of The Road was the water table being very high, and that every construction methodology had been defeated because in the raining season the road would be washed away. The governorexpressed shock that neither contractors nor the Minister’s predecessors had identified and corrected this issue. The N16 billion reconstruction/asphalt overlay of the Benin-Ofosu section, by RCC, continued.

In August 2011, the Federal Government approved an additional funding of N106 billion for the East-West Road, to bring the total sum to N245 billion, up from N138 billion, Minister of Information Maku citing a failed portion of the Sagamu-Benin Road.

In July 2011, Mr. Onolememen announced that Nigeria had decided to concession the Sagamu-Benin Road to capable private investors, using a Public-Private Partnership model. In December 2010, the House of Representatives Sub-Committee on FERMA asked the government to inject over N500 billion as an intervention fund to rescue the country’s roads from collapse, adding that FERMA needed about N100billion annually.

In November 2009, the Federal Government awarded contracts worth N12.2 billion to RCC and Borini Prono for repairs on the road. In October 2009, President UmaruYar’Adua directed that unspent allocations to the Ministry of Works, be channeled into road rehabilitation and construction. In September 2009, Minister Dora Akunyili announced government contracts worth N29.5billion, including an additional N16.67 billion for the reconstruction of The Road, raising the cost of reconstruction to N24.27 billion.

In May 2009, N9.7 billion contract for rehabilitation of the Ofosu-Ore portion of The Road was awarded.In April 2009, the government approved N376.4 billion for 30 road contracts nationwide, including two sections of Sagamu-Benin, part of 26 road projects worth N116.57 billion.

In August 2007, the new Minister of Transportation, Diezani Allison-Madueke, reportedly broke down when she visited and saw the deplorable condition of The Road. Soon after that, she disclosed that the Obasanjo government had spent over N450 billion on roads in its eight years.

About two weeks after her crying act on The Road, something of a reconstruction began. A top Ministry official, ohn Ibe, told reporters the first phase of the contract, for N7.5 billion, had been awarded. In Feb 2007, Solel Boneh International received a $52 million contract for renovating the “Lagos-Benin” expressway.

At the end of 2006, Solel Boneh won a contract to pave a road in Nigeria for $270 million; that road was unspecified. On 21 December 2006, the government gave RCC a N7.5 billion contract for rehabilitation work on The Road.

In November 2006, President Obasanjo stated that N36 billion had been made available for the construction of the East-West Road, among others. On October 16, 2006, Olubunmi Peters, the Managing Director of FERMA, announced the government had approved N6 billion for repairs on The Road.

In July 2006, the government said N438.8billion had been made available for three major highways, including the East-West. In November 2005, the Senate, citing “the deteriorating state of our federal highways and the increase in the spate of road accidents,” specifically on the Lagos-Ibadan and Sagamu-Benin highways, asked its Committee on Works to investigate FERMA and the Ministry of Works. “The Minister of Works ought to be invited because we can’t explain where all this money is going,” Senator Victor Oyofo said. “The Benin-Ore road is [the] worst.” In March 2004, Adeseye Ogunlewe, the new Minister, said the government had approved N15 billion for road maintenance.

In September 2000, Minister Anenih said that the Federal Government had set aside N19 billion for the rehabilitation of roads in the South-West.On 21 August, Information and National Orientation minister Jerry Gana announced a N1.7 billion contract for emergency repairs of the Sagamu-Benin Road to Piccolo-Brunelli Engineering Ltd.

In May 2002, the Ministry announced that the government had already spent over N42 billion nationwide on completed road projects. In May 2000, at the end of the first year of the Olusegun Obasanjo presidency, the government announced that it had up till that point awarded contracts for 45 road and bridge projects valued at N65 billion. I presume that somewhere in there was Sagamu-Benin.

There, in shorthand, is partly where Nigeria has been.

Enenim Ubon: Neither APC Or PDP Is Nigeria’s Problem