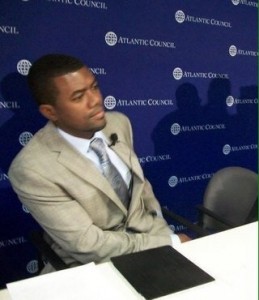 Why else would some young persons join an obviously bitter man in mocking a man who is praying to his God or erupt in choreographed celebration over the news that a governor has been involved in a car crash?

So, what is the solution to this loss of empathy and a moral compass that is festering amongst our youth on social media?
I think it is time for responsible adults who command any considerable following on social media to use whatever influence they have to introduce ethics into their use of social media. This will have a pyramid effect. If young people see that their celebrities as well as political and cultural icons are guided by a code of ethics which restrains them and keeps them from engaging in actions that are repugnant to the morals they had while growing up in the real world, the ripple effect would eventually reach them and in time lead to a paradigm shift that curbs some of these behaviors I have just described.
So, what would this ethical code be? As one who has read from both the Holy Bible and the Qur’an, I propose that we begin with a principle that both books teach.
In Matthew 7:12, Jesus introduced the famous golden rule “do to others what you would have them do to you”. In one of the most well known hadiths of Prophet Mohammed (SAW), he said “None of you [truly] believes until he wishes for his brother what he wishes for himself”.
I suggest that this golden rule should be imbibed by all celebrities as well as political and cultural icons on social media.

And how would it work?
Life on earth is a duality. In most cases, you are faced with an either/or situation. For instance, you either supported President Jonathan in the last presidential election in 2011 or you supported another candidate.
So, let’s say for instance that you supported candidate Buhari. In that case, what you don’t wish for Buhari, don’t wish it for President Jonathan and vice versa for those who supported candidate President Jonathan.
For further example, you don’t have to wish for the success of the Peoples Democratic Party (PDP) if you support the APC, however, you do have to restrain yourself from celebrating say an unfortunate accident that befell a governor just because he is PDP and you are APC.
Let’s shift away from the politics of bitterness in favour of the politics of betterness. Let’s discard our arsenal of insults and abusive words in favour of an arsenal of ideas and strategies.
If those at the top of the pyramid can check themselves along these guidelines, social media can become once again the force for social good that it was designed to be and empathy and a moral compass can once more thrive amongst our young people as it did when some of us were ourselves young adults.
The youth are the vanguard of our future and if you as a celebrity or political/cultural icon don’t feel the need to help cleanse social media of this malaise, it could be your turn tomorrow. Nobody knows tomorrow, so you do not have to wait until it happens to you before you take corrective action.
As for those elders who stoke such divisive and inhuman tendencies on social media, they may choose to continue feeding the habit of hatred and bitterness, but as has been said time and again, hatred and bitterness are futile for the same reason that it is futile to consume poison and hope that it will kill your enemy. By the time they realise how much damage they have done to their reputation, it will be too late. Let us hope however that these drowning men do not take gullible youths down with them even as discerning youths know that they never courted them when the going was good for them politically.