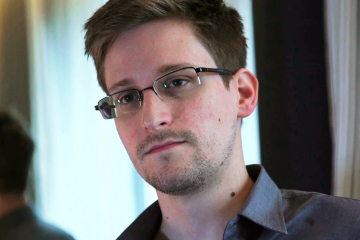 National Security Administration leaker Edward Snowden warned of the dangers of government surveillance in a Christmas message broadcast Wednesday in the United Kingdom.

Britain’s Channel 4 News featured Snowden, who leaked classified documents revealing details of the U.S. surveillance mechanism, in its annual “alternative Christmas message.” The outlet has featured high-profile figures who have influenced the year’s news since 1993. Past guests include former Iranian president Mahmoud Ahmadinejad as well as Sharon Osbourne.

“Great Britain’s George Orwell warned us of the danger of this kind of information. The types of collection in the book — microphones and video cameras, TVs that watch us — are nothing compared to what we have available today,” Snowden said during the broadcast. “We have sensors in our pockets that track us everywhere we go.”

Smart Cards Could Have Protected Target Shoppers From Identity Thieves